This series discusses the control elements of a piping system, which improve the quality of the product. Part 1 (Pumps & Systems, July 2015) covered passive controls, such as overflow and bypass controls, on/off controls, and manual controls.

Active controls maintain a set value of a process variable under changing system operating conditions. They are often referred to as a control loop (see Figure 3). The level in the destination tank is measured by the level transmitter that sends the measured value (MV) to the level controller. The desired tank level set point (SP) is entered into the controller. The controller compares the MV to the SP, and a controller output (CO) is sent to the final control element—a control valve in this case. The flow rate into the tank (Qin) is adjusted to maintain the desired tank level. 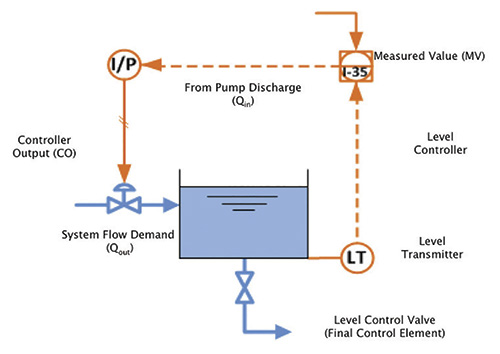 Figure 3. An example of an active control loop maintaining tank level by adjusting the flow rate into the tank (Graphics courtesy of the author)

The destination tank level can vary for several reasons, such as changes in:

Level control loop operation can be examined by looking at a low-level condition in the destination tank. The set point for the destination tank level is five feet above the tank bottom. Because of a change in system flow demand (Qout), the tank level drops to 4.9 feet. The level transmitter senses the measured value of 4.9 feet and sends the information to the level controller. Because the level controller SP is 5 feet, the controller compares the measured value of 4.9 feet to the set point of 5 feet.

Level Control with a Control Valve

The annual operating cost of a control valve appears in Table 3.

Table 3. The annual operating costs for using a control valve to control the flow. This is the same operating cost calculation for the manual control. 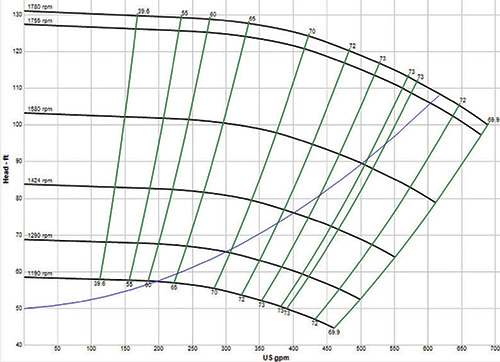 Figure 2 in Part 1 of this series shows that for the pump with the 10.5-inch impeller diameter running at 1,780 rpm, the maximum possible flow rate is 616 gpm. This is where the energy supplied by the pump equals the energy required by the process elements. Under this condition, no differential pressure is required across a control.

If we were able to adjust the pump performance so it only produces the head required by the process elements at the desired flow rate, the control valve could be eliminated. That is the function of a variable speed drive. By adjusting the pump's rotational speed, the head can be maintained to be equal to the head required to meet the flow rate.

Adjusting the rotation speed of the impeller changes the pump performance curve. Figure 4 shows the pump performance for a range of speeds. When the pump is running at 1,424 rpm, it produces 76 feet of head, which is equal to the head required by the process elements at 400 gpm. The pump efficiency lines are superimposed on the system curve as well.

The advantage of level control with a variable speed drive is to minimize process variability by maintaining a more consistent tank level and eliminate the excess head required across the control valve.

Passive controls have simple designs and low installation costs, but they can have greater process variability and operating costs. Active controls can maintain a set point with minimal changes in the process variable. These systems have tighter control that comes at a higher original cost, but the operating cost can be much lower.

Ray Hardee is a principal founder of Engineered Software, creators of PIPE-FLO and PUMP-FLO software. At Engineered Software, he helped develop two training courses and teaches these courses in the U.S. and internationally. He is a member of the ASME ES-2 Energy Assessment for Pumping Systems standards committee and the ISO Technical Committee 115/Working Group 07 "Pumping System Energy Assessment." Hardee was a contributing member of the HI/Europump Pump Life Cycle Cost and HI/PSM Optimizing Piping System publications. He may be reached at ray.hardee@eng-software.com.