History of the Hydraulic Institute

In 1917, representatives from 16 pump companies met to establish the Hydraulic Institute, which not only led to standards for the manufacture and supply of pumps, but opened the door to growth and a robust industry. HI’s 100th birthday will be marked by celebrations, learning opportunities and a commemorative coffee table book. Looking back over the last 100 years, HI has set the standard for operational excellence not just in the United States, but also with a growing global reach. For information about anniversary events, visit pumps.org.

While the official beginning of the Hydraulic Institute is listed as 1917, the history of the organization precedes that date, as groups of pump industry professionals would gather in various ways to promote and improve their industry. Early records show that on July 9, 1873, the Pump Manufacturer’s Association of the United States met at Saratoga Springs at Congress Hall.

According to Noble Dean Jr. of Dean Brothers Pumps, in a 1974 letter to Lawrence Spence of Allis-Chalmers Industrial Pump Division, the “antecedent of the present Institute was the Hydraulic Club formed on January 18, 1905.”
Spence was the HI historian in the mid-1970s, when he reached out to members asking for information about the organization’s past.

“Exhibit B is a copy of the minutes of the first Hydraulic Society meeting, held the 18th and 19th of April 1917, in Chicago. This document is interesting because of its candor and the expressed concern of the Federal Government through the newly established F.T.C. (Federal Trade Commission) in the organization of the industry for war,” Dean writes of an attachment to his letter that included minutes from that meeting.

Those minutes recorded that “the members of the Hydraulic Society present partook of a banquet in the parlors of the La Salle Hotel and exchanged experiences in business as well as social matters to the edification of all those present. The banquet was most pleasant as well as most profitable meetings of this character that has ever been held.”

At that meeting in 1917, the first HI committees were created by those present. The committees included the following: plan and scope, commercial, technical, cost, membership, nominating and publicity. These early committees established much of the structure that still guides today’s Institute.

Sixteen independent pump manufacturers were part of the first HI meeting. While they competed, they had assembled that day largely to lend support to World War I production efforts and to coordinate those efforts while following new governmental requirements.

From the beginning, the group grew.

Members of this event in 1921 met at Westinghouse Electric & Manufacturing Company in South Philadelphia.

Annual Meetings
In the early days, HI members were a lively bunch. While they met to address the serious business of the day, they also took time to enjoy fellowship with each other.

“When I came aboard some of the ‘old timers’ had mellowed, but they enjoyed reminiscing about the various places they’d been thrown out of … They were a tough, hard-working crew,” Dean said in his letter to Spence. “All of us who have been associated in any way in the Hydraulic Institute can remember similar instances. There are lots of stories to tell. But we’re a pretty conservative bunch. Our industry is somewhat fragmented but very fundamental, and the roll of the Institute representatives is made up of many strong individuals. This is good, and I hope it stays that way.”

In 1967, on HI’s 50th anniversary, the annual meeting was held at the Pittsburgh Hilton. During the dinner event, members dined on fruit supreme princess, roast prime ribs of beef au jus, vegetables and bisquit glace with strawberry sauce.

The program pointed out that “modern pump designs and applications are legion.” It said:

“In the U.S. alone, there are several hundred manufacturers, which produce millions of pumps every year. There followed much important work, which formed the foundation for what is today the principal trade association of American industrial pump manufacturers.

“The Institute developed standard, authoritative definitions for everyday terms used in pump work and published these in a manual known as the ‘Standards of the Hydraulic Institute.’ Broadened in scope over the years, these standards have attained such wide circulation and acceptance that the phrase ‘Pump to be furnished in accordance with the latest edition of the Standards of the Hydraulic Institute’ is used almost universally today.”

Expanding HI’s Membership
As the Hydraulic Institute’s focus continued to grow, so did the need to expand HI’s membership outside of the pump manufacturing community. 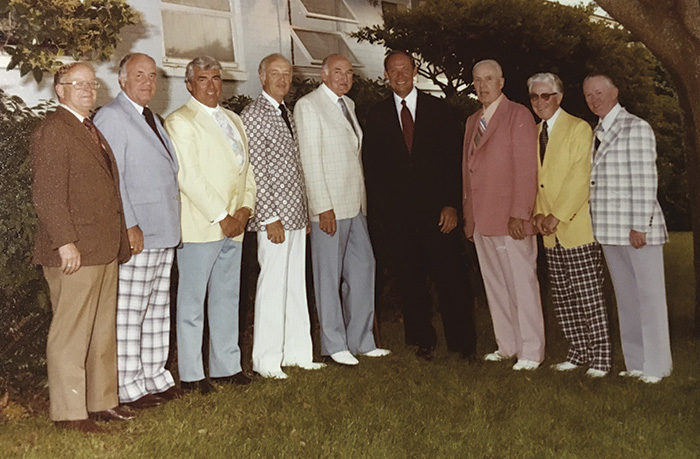 In 1997 an “Associate Member Whitepaper” emerged from a committee led by then-HI President Pat Thomas (Sunstrand Corp.) that highlighted the merits of expanding the membership in this direction.

At the time, these companies were required to manufacture in North America.

To be a Standards Partner, organizations or individuals must establish that they provide pump and pumping system engineering, process or facility design, procurement, project management, construction services, hydraulic or mechanical modeling, analytical methods, or laboratory or field-testing to a facility owner, government, or vendor, or that they are an end-user of pumps.

According to former Executive Director Robert Asdal, “The expansion of HI’s membership footprint is a natural response to current conditions in the global marketplace. It is in direct alignment with the Institute’s stated vision to be a global authorityon pumps and pumping systems. The active involvement of global companies will strengthen and add vitality to HI and the volunteer committees that drive the standards, guidelines, education programs and other initiatives of the Institute. We expect both our current and new international members, as well as the North America pump industry as a whole, to benefit from the change."

By 2015, the Standards Partner concept was a great success, and was expanded even more to ensure that individual experts could also share their perspective of design, construction, scoping, end users, maintenance, operations and research and could be easily integrated into the HI community. 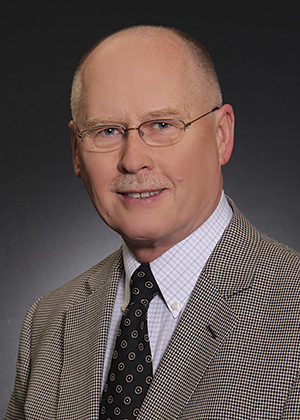 Lastly, a Media Partner category was also created so that the work of HI and its members could be shared beyond HI. As this important work continues to grow in scope and volume, it will now also gain more prominence in the trade press and the marketplace, thanks to this new affiliate group.

This opening of the HI community has changed the composition of committees and the overall look and feel of meetings.

Indeed, of HI’s membership today, close to one-third are associate members, representing various pump system components. Standards and other partners are fully integrated into HI, bringing much-valued perspective to the technical discussions and the overall programs of the Institute.

Membership spans the globe, representing manufacturers from Europe, Asia, Latin America and Indian subcontinent. Through all these changes, and perhaps because of them, HI has maintained its position as the global authority on pumps and pumping systems.

Educational Focus
One major change for the Hydraulic Institute through the years has been the increasing focus on training and education. In an open letter to the pump industry in 1988, Igor Karassik advised HI members to further address the needs of end users. Part of the letter read: “Pump manufacturers should exert greater efforts in the education of users in several important areas such as:

HI took Karassik’s advice and began collecting materials to develop a training curriculum to address these topics. Working alone or with partners such as the U.S. Department of Energy (DOE), the Fluid Sealing Association (FSA), or Europump, HI has made strides in global training. This effort was formalized in 2006 when Pump Systems Matter (PSM), HI’s education subsidiary, was formed.

Now a cornerstone of HI, PSM courses teach everything from how to understand and apply HI standards to the fundamental principles of centrifugal or positive displacement pumps, to courses on related components.

Along with the change in course topics came improvements to delivery, as training courses are now offered live, via webinar, through e-learning and as part of certificate programs.

HI’s focus on education and training will continue into the next 100 years. The group has, and will, impact the industry it represents in numerous positive ways.

Editor's Note: This article is taken from the HI commemorative centennial coffee-table book. If you’re interested in ordering a copy of the book, send an email to pumpeditors@cahabamedia.com.