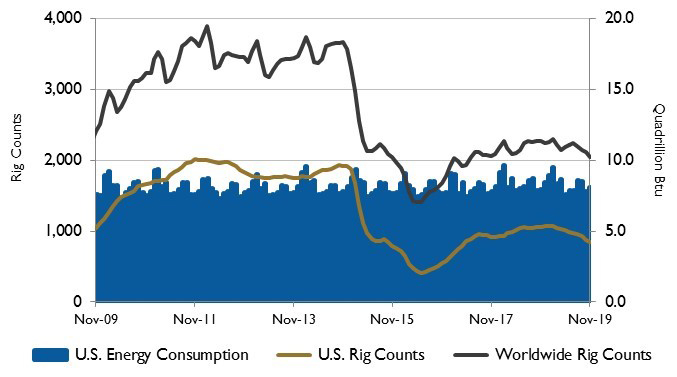 The U.S. economy produced a robust 266,000 new jobs in November and the unemployment rate returned to a 50-year low of 3.5 percent. The increase was partly inflated by the return of 50,000 striking auto workers at General Motors. Health care providers hired 45,000 people, hotels and restaurants hired 45,000 and white-collar professional firms added 31,000 workers. Manufacturers have added few jobs this year, hurt by a slowing global economy and by the U.S. trade war with China. Over the past three months, the economy added an average of 205,000 new jobs, down from a 223,000 average in 2018. 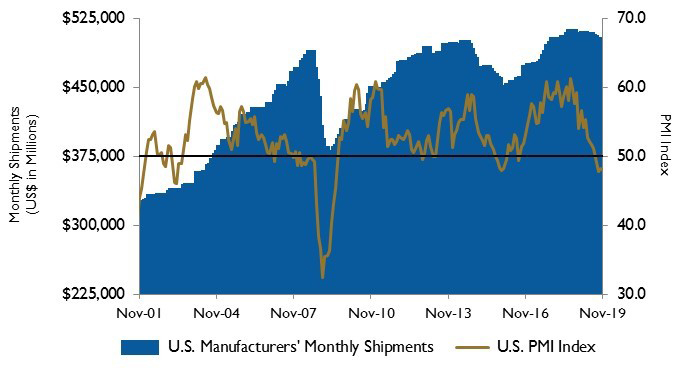 U.S. natural gas production growth was concentrated in the Appalachian, Permian and Haynesville regions. Pennsylvania and Ohio had the first- and third-largest year-over-year increases for 2018, increasing by 2.0 Bcf/d and 1.7 Bcf/d, respectively. Louisiana had the second-largest volumetric increase in dry production, increasing by 1.8 Bcf/d as a result of increased production from the Haynesville shale formation.