About 125,000 electrical submersible pumps (ESPs) operate globally in artificial lift applications, producing 60 percent of the world’s oil. These ESPs require significant investments of money and time to install and operate. The health, efficiency and life of these pumps are paramount to the bottom line.

Why Invest in Flow Monitoring?

Although ESP systems can improve recovery at tired wells, they can also suffer from failures at startup. Production surveillance at the wellhead prevents some failures by confirming the successful installation and commissioning of the ESP system.

Most oil wells are not equipped with flow metering. Trailer-mounted well test separators were traditionally used to gauge the production of ESP-powered wells. The separators often performed poorly during operation, resulting in a three- to five-day test duration per well. In most cases, high costs prevent operators from installing traditional multiphase flow meters on each well.

Sonar flow meters can be installed upstream or downstream of the choke manifold, allowing flexibility in field installation. Wells are tested at fixed flowing conditions or at multiple choke settings and ESP drive frequencies. Depending on the time needed to install and commission the meter, multirate testing of wells can be accomplished in one day.

Operators step through several ESP drive frequencies during sonar testing to evaluate the production rate at various set points. The data from the sonar flow meters is used to ensure correct installation of ESPs, to monitor and diagnose performance, to optimize drive frequency and choke settings, and to detect the onset of mechanical failure. This information enables intelligent decision-making in order to maximize oil production rates, influence workover strategies and extend the run-life of ESPs. 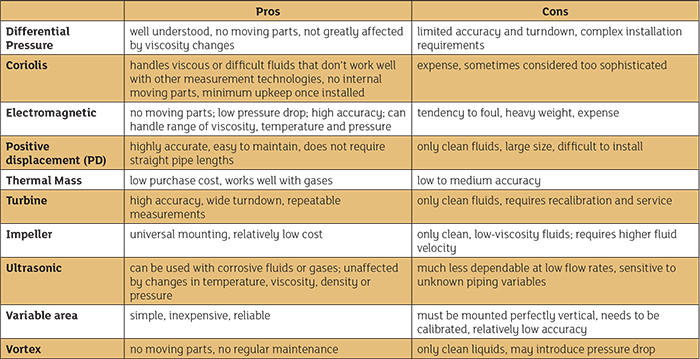 In Iraq, much of the wellhead infrastructure and surface equipment is aging and in need of repair.

An aggressive reinvestment campaign aims to replace infrastructure in the country. Changes in the oil market have left operators seeking cost-effective ways to enhance existing equipment.

In May 2013, a sonar flow meter was attached to the comingled flow line downstream of the choke. The meter observed no flow at this location, while on-site diagnostics, including wellhead pressure, indicated the well was flowing. Because the anomaly could not be isolated, a sonar meter
was placed on the production wing flow line upstream of the choke.

The relocation of the sonar meter enabled the technician to observe and conclude that the NRV—on the casing flow line upstream of the choke—could be leaking and that the well was flowing from the tubing into the annulus. The meter was relocated from the on-production wing flow line to the casing flow line, where a flow rate was measured in the reverse direction. This confirmed earlier suspicions that the NRV was leaking and the flow was cycling within the well.

The operator used the flow meter data to diagnose the failure of the NRV and take remedial measures to protect the ESP system and avert costly workover.

Suha (Sylvia) Haidar is a sales and marketing professional and has spent six years with Expro Meters. For more, visit www.exprometers.com.

Valves
Valve Solutions for Mine Dewatering
Factors such as scaling, orientation and cycle time must be considered to avoid potential issues.
Instrumentation/Controls
Predictive Maintenance for Mining Vehicle Applications
How predictive solutions helped a mining equipment manufacturer solve issues before they arose.
Instrumentation/Controls
The Key to Disruptive Technology: Energy Efficiency
Rethinking the water and wastewater industries to combat water scarcity.
Instrumentation/Controls
Flow Measurement Experience in Safety-Critical Heavy Residue Applications
Learn what factors make this technology popular in today’s environment.
Valves
How to Avoid Valve Closure Water Hammer
The more gradually a system can slow its flow, the better a pressure surge is mitigated.

PdMA Corporation
Dangers of Cavitation in Piping Systems & How to Avoid It
Understand more about this condition and why its causes are difficult to identify.