The State of Drinking Water in the EU

Most people in the European Union (EU) have access to high-quality drinking water. According to a report by the European Environment Agency in 2016, more than 98.5 percent of tests carried out on drinking water samples between 2011 and 2013 met EU standards. The EU Drinking Water Directive (DWD) sets minimum quality standards for water intended for human consumption (drinking, cooking and other domestic purposes) in order to protect consumers from contamination.

Today, the water sector in Europe consumes the equivalent of about 3.5 percent of the electricity consumption. At the local level, power charges account for 30 to 50 percent of municipalities’ bills. The commission study revealed that Europe has a massive issue regarding water leakage in the infrastructure. According to the analysis, the average leakage rate in Europe stands at 23 percent of treated water.

The commission’s solution to address this issue has been to include transparency requirements for the biggest water suppliers to publish information on their water leakage and energy consumption.

On Oct. 23, 2018, the European Parliament officially commented on the European Commission proposal to further improve the quality of, and access to, drinking water for all people and reduce plastic waste from water bottles. This update of the rules is intended to increase consumer confidence and encourage the drinking of tap water.

EU countries are requested to “promote universal access” to clean water for everyone, especially vulnerable groups with no or limited access.

This legislation aims to further increase tap water quality by tightening the maximum limits for certain pollutants such as lead (to be reduced by half) or harmful bacteria and introduces new caps for certain endocrine disruptors. Levels of microplastics will also be monitored. The new rules would also increase transparency and provide consumers better access to information.

According to the European Commission, access to better quality water could reduce bottled water consumption by 17 percent. Less bottled water would help people save money and have a positive impact on the environment, by reducing CO2 emissions and plastic waste. 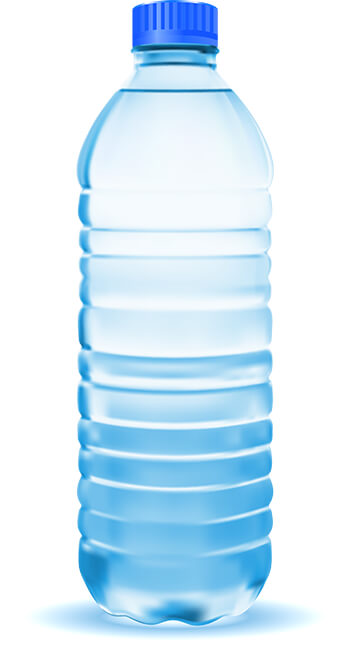 The European Parliament website shows the following regarding the use of bottled water:

This is a subject of interest to not only pump manufacturers, but also everyone who provides equipment used in the production and transportation of drinking water. The history of the regulations in this area is long and convoluted with difficulties and frustrations for all producers.

In the EU, general materials requirements are regulated in Article 10 of the EU DWD (Directive 98/83/EC), and the enforcement and monitoring process is transferred to individual member states. National lawmakers are obliged to implement all measures required to ensure materials and products used in drinking water treatment and distribution do not have a direct or indirect adverse effect on human health.

This is good in theory, but the majority of the EU member states currently do not coordinate their implementation efforts. The result is different national requirements for the marketing of materials and articles that make contact with drinking water.

As of today, there are more than 15 certification and test organizations within the EU that regulate licensing of products and materials suitable for use with drinking water. This has resulted in the lack of a common EU standard for human health protection.

Compliance with all test criteria in the respective member states is complex and time-consuming for product manufacturers and often results in a significant financial burden. In addition, member states often deny market access to products that are lawfully marketed in other member states, in contradiction with the mutual recognition principle as established by EU treaties.

All of these aspects ultimately result in significant barriers to the free circulation within the EU of products in contact with drinking water.

In 1998, the European Commission promoted the development of a European Acceptance Scheme (EAS), and a standardized European approval system for products in contact with drinking water began. The intention of this scheme was to replace individual national approval systems with one EU approval scheme and to remove trade barriers within the region.

Due to technical and political obstacles, the EAS project was abandoned in 2006 without achieving substantial results.

To a limited extent, the project was continued as part of the work on standardization under the Construction Products Directive (CPD). In 2001, the European Commission requested standardization bodies in the EU to support the EAS in providing European standards for construction of products in contact with water intended for human consumption. This resulted in the production of a few test standards, but never achieved the expected result.

In order to implement the original intentions of the EAS, France, Netherlands, the United Kingdom and Germany agreed in 2007 to pursue a common approach for testing and assessing products in contact with drinking water on a voluntary basis. This program is generally known as the Four Member States (4MS) Initiative. Other countries have also become involved to one degree or another.

In 2011, the 4MS signed a formal declaration of intent. Up to now, several harmonized (among the 4MS) approval systems for materials and products in contact with drinking water have been developed, although these have not been systematically implemented at the national level.

Furthermore, in 2014, Denmark, Finland, Norway and Sweden began the MAID project—an initiative focused on material and product innovation through knowledge-based standardization in the drinking water sector. The first report, Nordic Drinking Water Quality, and the second report, Regulations and Approval Systems in the Nordic Countries, were published in November 2017.

During the past few years, there have been reports of other member states interacting with the above groups, plus some evaluating their own standards. The result has been a chaotic situation with little or no progress toward the standardization of materials throughout Europe.

In 2015, the European industry decided to join forces for harmonization of quality standards for products in contact with drinking water.

This initiative, known as European Drinking Water (EDW), is an alliance of European associations representing the industries that manufacture and supply products used in drinking water applications.

The group established an initiative to support EU harmonized provisions for products and substances used in drinking water, as well as materials in contact with drinking water.

Europump, representing the European pump industry, has been active in EDW from the beginning. The first task of EDW is to be the place where members can discuss the standardization issue, establish a common view and prepare proposals for the legislators.

EDW has engaged and cooperated with the EU, national regulatory authorities and the 4MS group to establish a sustainable regulatory basis for harmonized procedures for assessment and certification of materials in contact with drinking water.

EDW also collaborates with other sectors, such as water distributors, and explains its view to all interested stakeholders by organizing conferences or through its website.

The most promising opportunity is the ongoing revision of the DWD. A major revision of the current provision on material in contact with the water is seen by the industry as a possible approach to achieve this harmonization. It is not foreseen that the DWD would contain the detailed rules, but rather a framework where the commission could progressively adopt European lists of allowable substances and materials, test methods, verification procedures and all necessary legislative tools.

To this end, EDW approached the three European institutions: the commission, the Parliament and the council (i.e., the member states) for support. Each institution has already expressed its opinion on the DWD revision and especially on the issue of materials and products in contact with the water.

Trialogue negotiation is now beginning and could last until the end of 2019.

If the new DWD is adopted and published in 2020, it will only be the starting point for the harmonization of hygienic requirements on materials in contact with drinking water. A few more years will be necessary before a comprehensive system is in place.

History of Regulations in the European Union

Before 1980, each EU member state adopted their own national regulations for drinking water. This included certification programs for products that come in contact with drinking water during the supply process. In general, these regulations have been implemented in the various member states with success. The downside is that differing standards within each country have made it difficult for suppliers to sell products freely across the EU. Several member states have developed rules on materials and products in contact with drinking water, resulting in potentially different levels of human health protection and market fragmentation. It is also common to face difficulty in finding a unique material that can be approved in all European markets. Not only does this situation make it more difficult for companies—especially small and medium enterprises (SMEs)—to export products to other EU countries, it also hampers innovation. 1980 The first Drinking Water Directive (DWD) was put into place in an attempt to harmonize the national requirements of the individual EU member states. This was implemented by the council of the EU as regulation 80/778/EEC. Article 8 of this directive stipulated that each member of the EEC must take measures to ensure no substances used in the drinking water treatment process remain in a concentration that would constitute a hazard to public health. About 60 substances were listed, but no requirements were given for materials and substances used in the distribution of drinking water. 1998 The DWD was updated as regulation 98/83/EC. Article 10 of this directive specified material requirements by stating: “Member states shall ensure that substances and materials in contact with drinking water shall not endanger human health.“ From this point forward, EU legislation has covered substances and materials used for the distribution of drinking water. 2018 On Feb. 1, 2018, the European Commission adopted a proposal for a revised DWD to update the 1998 regulations (98/83/EC1998), improve the quality of drinking water and provide greater access and information to citizens. The commission proposes to update existing safety standards in line with the latest recommendations of the World Health Organization (WHO), but also sets an obligation for EU countries to improve access to safe drinking water for all, and more specifically, to vulnerable and marginalized groups. The revision of this directive is also an opportunity to integrate the new priorities of the EU including environment protection, the development of a circular economy and adaptation to climate change.

Thomas Angle is the Geschäftsleiter (CEO) of Swiss Flow Solutions. He is a member of the Pumps & Systems Editorial Advisory Board. He may be reached at tom.angle@swissflowsolutions.ch.

Julien Chalet is a mechanical engineer with a degree from Ecole Nationale d’Ingénieurs de Tarbes. A technical manager at PROFLUID, the French association of pumps, mixers, valves and compressors, he is secretary of technical commissions of EUROPUMP, the European pumps association, and CEIR, the European valves association. For more information, visit profluid.org or europump.org.