The marketing professional also shares tips for getting people to come.
by Drew Champlin
11/21/2019 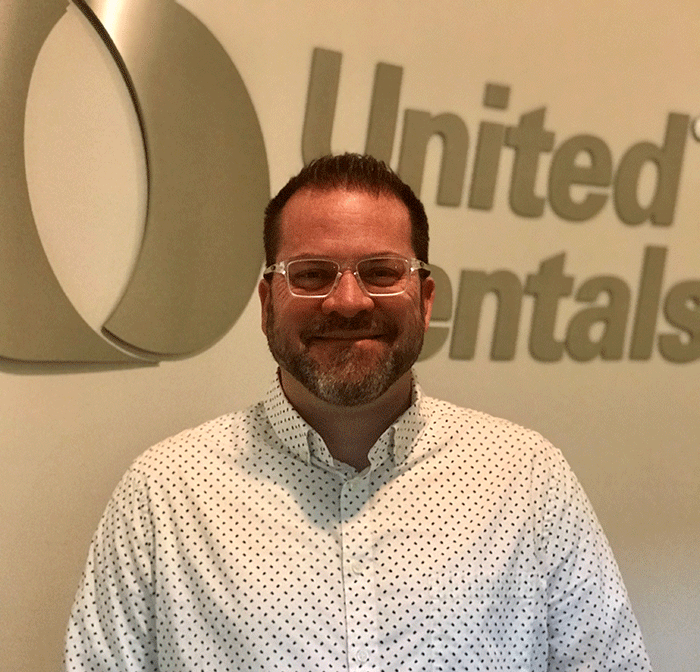 United Rentals recently held its Total Control and Innovation Conference at the JW Marriott in San Antonio, Texas. It was the 20th version of the event, but by far the biggest. Jeremy Fountain, United Rentals’ director, field and experiential marketing, played a key role in planning the last 10 events. His job entails planning customer and employee events.

Fountain said this year’s event had 850 attendees, nearly doubling in size from 2018. Total Control is United Rentals’ worksite management solution, but the company added the word “innovation” to the title of the 2019 conference.

Pumps & Systems attended the event and spoke with Fountain about the benefits and challenges of the event, along with advice he would provide to others on hosting similar events and conferences.

P&S: How has this event evolved over the last five or 10 years?
Fountain: The biggest thing is the growth. It’s grown exponentially, truly. It started as a small event because it was for a small target audience. It started as an event for Total Control users, which at its earliest iteration, was a very small group. It was our biggest accounts. Total Control doesn’t make sense for everyone. To find the real value of it, you have to be a customer of scale. It was a small user’s group. Let’s get together for dinner, let’s spend a half-day. Let’s tinker and talk about what else we could do. As it grew, it grew because the user base grew. There’s always a slice of that that attends the event. We’ve also found that the user base in terms of our customer segment, it’s a small percentage of our overall customer base that actually use Total Control, but that has changed as well. As it’s grown, we had to add more value. How do you not only, you as the user and administrator, use the software but how do you get the rest of the organization to use it?

The name change is a relatively small thing, but it signaled the bigger change under the surface where we said it’s not just about the Total Control system, but about innovation and driving change in the organizations. We had more than 50 workshop segments where people could attend from hands-on training to use of safety software packages. But only about 25 percent annually are repeat visitors. To double in a year and get mostly new is pretty exciting.

P&S: What were the biggest reasons for the name change?
Fountain: I think it signaled that there was something different this year. It was known for 19 years by one thing (Total Control Conference). We intentionally and purposefully mentioned in our messages in our communications about the event that it was just more than just Total Control. That’s our premier platform for our best customers, and that was the spotlight, but it was Total Control and a whole lot more. It was expanding to get a lot more stuff in it.

P&S: How do you keep the conference interesting to attract high attendance?
Fountain: We move it around. We do different venues. We tend to do it in some of our bigger markets. Texas is a really big market and really the birthplace of Total Control. A lot of our customers are here or have a presence here. We’ve done it in Florida. The format changes a little, but not a ton. The opening reception, we’ve never done it on Veteran’s Day before, so the “Pure Veteran” focus for that was unique. Bringing in keynote speakers this year like we did with Mick Ebeling; it’s a constant rotation of how can we freshen it up while keeping true to the core of the things we always want to feature.

P&S: What are the main hurdles to overcome for hosting these events?
Fountain: We’re competing for people’s time, which is tough. To ask anyone to give up a half-day or a day, that’s a big ask. To ask them to give up two and a half days, they’ve got to commit. There’s that, [and] that’s also coupled with there’s a lot of other things they can go to. There’s a lot of industry events and learning opportunities. Getting on their radar and convincing them that it’s worth their time and frankly getting them here, it’s the fourth quarter, it’s busy. A lot of things are happening. You get folks who say, ‘Gosh I’d love to be there, but I can’t get away. Somebody’s sick, and I’ve got to cover this. We had an unplanned shutdown.’ It’s obviously a big investment for the company. We’re pretty committed to the event, so it’s never really a question of will we do it, but how big will we do it, and how will we scale it? I think the return on investment is pretty clear, though. The feedback is tremendous. That helps drive it forward, for sure.

P&S: What advice would you give to someone at another company on getting an event like this started or keeping it going?
Fountain: This is a selling event. We’re in the business of selling to customers. We really view ourselves as partners. Finding the value in the event is really understanding that it’s not just about you. You really have to deliver that ‘What’s in it for me’ to the customer. It’s not enough to say that we have a headline speaker and you can’t miss it. You really have to have value so that the customer says, ‘This is for me.’ This is to my benefit. Not just that this is an opportunity for one of my suppliers to court me and provide a nice experience. Of course that’s part of it. Someone asked me at the opening reception what I get out of this because I asked her what she gets out of it. What I get out of it is the marketing guy is creating unique experiences for my sales team and customers to interact in a way they would not otherwise. Whether it’s getting away from the board room, site trailer or somewhere in between, conversations are different when you have a little more time and a little less daily pressure from the job and you can have explorations, conversations and discussions about things you wouldn’t get to otherwise. I think that’s key.

Drew Champlin is managing editor of Pumps & Systems magazine. He may be reached at dchamplin@cahabamedia.com

Pumps
Viscosity of Food or Drink Should Determine Heat Exchanger Design
Newtonian and non-Newtonian fluids react differently to temperature, so they require different equipment.
Pumps
How Not to Use a Rubber Expansion Joint
Pay careful attention to these 9 issues.
Pumps
How Sealless Sliding Vane Pumps Work in Chemical Transfer
These pumps can handle both system and liquid changes.
Pumps
Wear in Centrifugal Pumps
Tips to recognize and reduce erosion and abrasive wear
Pumps
How is Pump Bearing Housing Vibration Measured?
Acceleration transducers (accelerometers) are typically used to measure vibration on stationary components.