In 2015, I wrote a series for Pumps & Systems titled "Efficiency Monitoring Saves Plants Millions." (Read the whole series here.) I gave readers a real-world example of the importance of understanding how equipment is performing. Below, I answer a question from a reader about the effectiveness and speed of plant monitoring systems.

"I enjoyed your four-part series (Pumps & Systems, July, August, September and October 2015, read them here) relating the dynamics of what goes on at the plants in an interesting real-world dialogue format. You started the set by introducing the reader to a pump salesman, Bob, who visits the water plant and works with a local plant maintenance manager, Jim, on measuring the efficiency of his large pumps. Other people get involved along the way, and the amount of savings they discovered shocked me—nearly $125,000 for a 3,000-horsepower pump. In Part 1 of your article series, you said the entire test was done in less than a day by a system you referred to as "PREMS," but you did not describe what it is. We have plant monitoring systems in our plant, but they cost millions, and I doubt that anything, no matter how simple that may sound, can be done in a day. Can you elaborate?"

Thank you for your question. It does not surprise me that the amount of wasted energy seemed so high to you. Most folks think more about a piece of machinery's reliability than about its efficiency. The thought process is, "If a pump fails too often, water spills all over the plant, and I get home late for dinner." That is personal. But to look at a running pump to see 10 percent efficiency being wasted, that is often too abstract.

For details of how to measure efficiency, let me do a brief review. In March 2007, Pumps & Systems published "How Much Energy is Wasted When Wear Rings Are Worn to Double Their Initial Value?" Double was picked because that is the point where most original equipment manufacturers (OEMs) recommend replacement of rings. But such repairs are costly. Users do not know the worn dimensions until they pull the wear rings from the pump.

By measuring efficiency continually, they can pinpoint the time when the efficiency value drops below the value that justifies the repair and restoration of the ring clearances to the initial OEM recommended values. Continuous monitoring reconstructs the entire performance curve, because most pumps do not "sit" at the same flow. In response to changes in the system, the flow changes, and pressure, power and efficiency change with it.

In regard to the pump's reliability and efficiency measurement system (PREMS) in Part 1 (Pumps & Systems, July 2015), the key to a good technology is accuracy and simplicity. The PREMS is essentially a box, similar to a suitcase, that can be installed for one pump, monitoring it for a period of time, and then moved as needed to another pump.

Image 1. PREMS system deployed quickly, with data streaming live and continually in a matter of minutes. The computer is for either local display or can be positioned at a remote location via Internet access to the data (Images and graphics courtesy of the author)

The system transmits through a wireless cell gateway (or a local modem), alleviating any concerns of interfering with the plant operational system. Instrumentation measures pressure, flow and amps, which the software converts into a complete pump performance curve (head-capacity, power and efficiency) that is displayed on the screen. 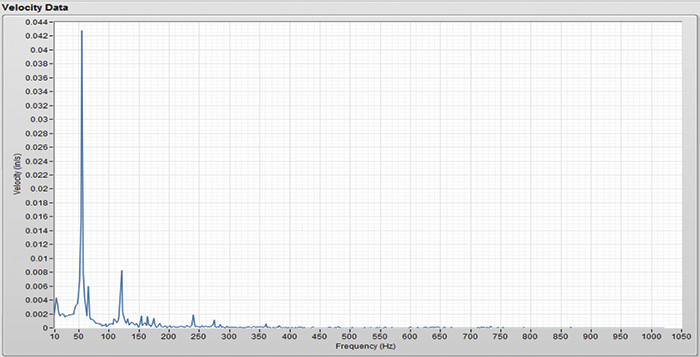 Figure 2. Spectral (FFT) data is taken and displayed continuously by the PREMS system.

Examining the data over time reveals that the pump operates mainly in two regions (see Figure 1). One region is near the best efficiency point, but the other is much closer to the shutoff head (below minimum continuous stable flow). The second region is in the area where internal forces, pulsations and vibrations are detrimental to the pump. Vibrations are measured continually, including overall values and spectral (Fast Fourier Transform, or FFT) data to troubleshoot live. The chart on Figure 2 shows the first and second harmonics being predominant (1X and 2X). What does it tell us? Email me your answer from the following choices for a chance to win a discounted seat at the next Pump School.
a. Rotor unbalance
b. Misalignment
c. Cavitation
d. Both a and b
e. a, b and c

Using Figure 1, we can compare the original OEM performance, shown with solid lines, to actual performance, shown with multiple data points outlining the evolving curves. The system provides stand-alone data acquisition, combining instrumentation with software, to present a real, standard pump curve—live and continually. Interpretation of data is simple—it is on the screen. The difference in efficiency is calculated continually and translated into yearly prorated dollars wasted. This data can help users decide between repair (yearly energy cost vs. repair cost), adjustments to the system or no action (if energy cost is small relative to the quoted repair cost).

For more information, email me or visit Pump Video Academy online at www.pumpingmachinery.com/pump_school/PVA/pva.htm (modules #10 and #11).