The Jordan, Knauff & Company (JKC) Valve Stock Index was up 23.3 percent over the last 12 months, while the broader S&P 500 Index was up 19.4 percent. The JKC Pump Stock Index increased 27 percent for the same time period.1

The U.S. Census Bureau reported that new factory orders increased for the second straight month in January to their highest level since July 2015. The monthly gain of 1.2 percent was driven by large gains in defense and nondefense aircraft sales. Durable and nondurable goods orders were up 2 percent and 0.4 percent, respectively. For the month, demand for both fabricated metal products and furniture and related products increased 2.3 percent. New orders for durable goods excluding transportation are up 2.5 percent over January 2016. Factory shipments have risen 4.9 percent over the past 12 months. 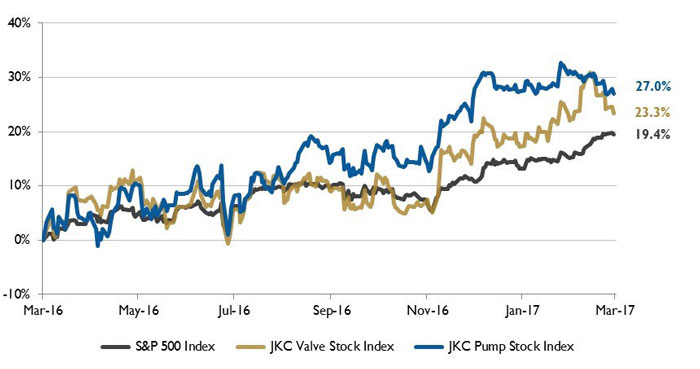 Mexico is second only to Canada in energy trade with the U.S. This trade has been characterized by Mexico’s sale of crude oil to the U.S. and by U.S. net exports of refined petroleum products to Mexico. In the past the value of U.S. energy imports from Mexico were two to three times greater than the value of U.S. energy exports to Mexico. This situation has changed significantly in recent years. 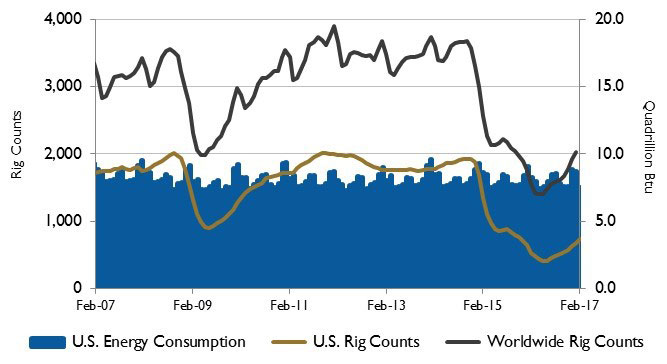 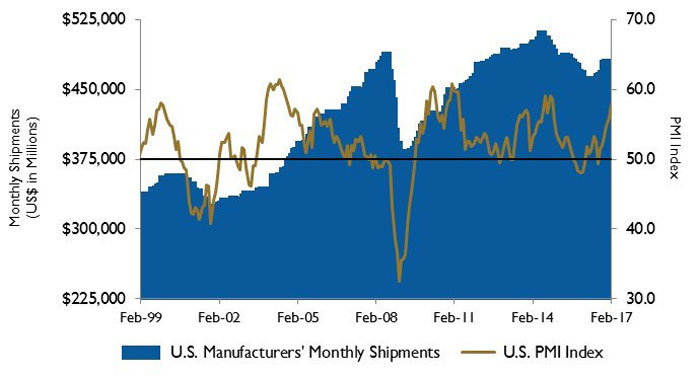 On Wall Street all of the major indices advanced for the month of February. The Dow Jones Industrial Average was up 4.8 percent, the S&P 500 Index increased 3.7 percent and the NASDAQ Composite rose 3.8 percent for the month. The markets were boosted by a rally in oil prices, the Federal Reserve Bank’s positive comments on the economy, as well as upbeat earnings reports from Apple Inc., Wal-Mart Stores Inc. and Home Depot Inc.