The Jordan, Knauff & Company (JKC) Valve Stock Index was up 10.9 percent over the last twelve months, while the broader S&P 500 Index was up 18.4 percent. The JKC Pump Stock Index increased 3.7 percent for the same time period.1

The Institute for Supply Management’s Purchasing Managers’ Index (PMI) reached its highest level in three months in December, rising to 59.7 percent from 58.2 percent in November. Faster growth was seen in new orders, rising to 69.4 percent (the fastest pace in 13 years) from 64.0 percent; production, increasing to 65.8 percent from 63.9 percent; and new export orders rising to 58.5 percent (a six month high) from 56.0 percent. Order backlogs increased a point to 56.0 percent. 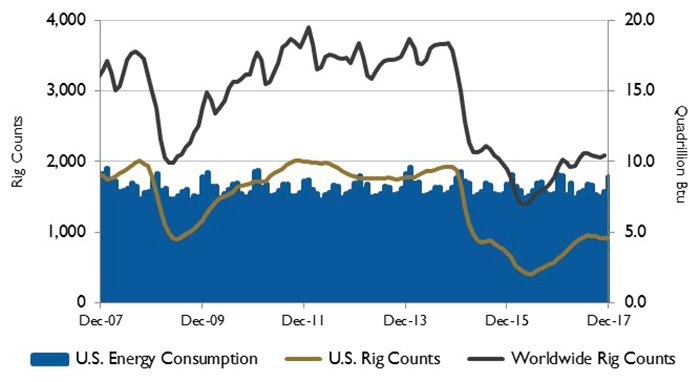 According to the U.S. Energy Information Administration, estimated U.S. natural gas demand on the first day of 2018 was 150.7 billion cubic feet, passing the previous single-day record set in 2014. Increased demand for heating due to extremely cold temperatures, greater exports of natural gas to Mexico, as well as higher consumption in the electric power and industrial sectors contributed to the record demand.

On Wall Street in December, the Dow Jones Industrial Average rose 1.8 percent, the S&P 500 Index increased 1.0 percent and the NASDAQ Composite grew 0.4 percent. For the year, the Dow, S&P 500 and NASDAQ grew 25.2 percent, 19.5 percent and 28.2 percent, respectively. The Dow and S&P 500 both increased for nine straight months. The recent passage of the tax bill and the third rate hike of the year provided a boost to the markets. 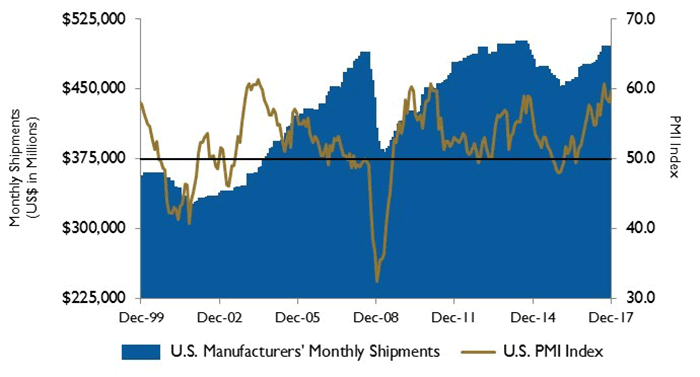