According to the “second” estimate released by the Bureau of Economic Analysis, real gross domestic product (GDP) increased at an annual rate of 3.5 percent in the third quarter of 2018. In the second quarter, real GDP increased 4.2 percent. Corporate before tax profits rose 10.3 percent compared to the third quarter of last year, the fastest pace since 2012. Domestic profits continued to rise, but due to slower global growth and recent dollar strength, foreign profits dropped $7.7 billion in the quarter. 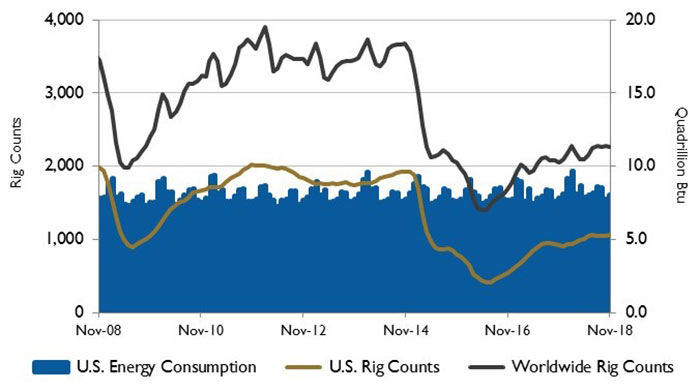 The development of shale resources increased the proved reserves of crude oil and natural gas to new records in 2017, according to the U.S. Energy Information Administration. Crude oil reserves increased 19.5 percent over 2016, reaching 39.2 billion barrels to surpass the previous peak of 39.0 billion barrels set in 1970. Proved reserves of natural gas increased 36.1 percent over 2016 to reach 464.3 trillion cubic feet in 2017 and surpass the record set in 2014.

Changes in proved reserves reflect new discoveries (in new fields, new reservoirs in old fields or extensions of existing reservoirs), net revisions to previous estimates, and reductions from annual production of each fuel. Higher fuel prices often increase reserve estimates as operators believe a broader portion of the resource base is economically producible. In 2017, the annual average spot price for crude oil increased 20 percent over 2016. Natural gas prices increased by 21 percent in 2017. 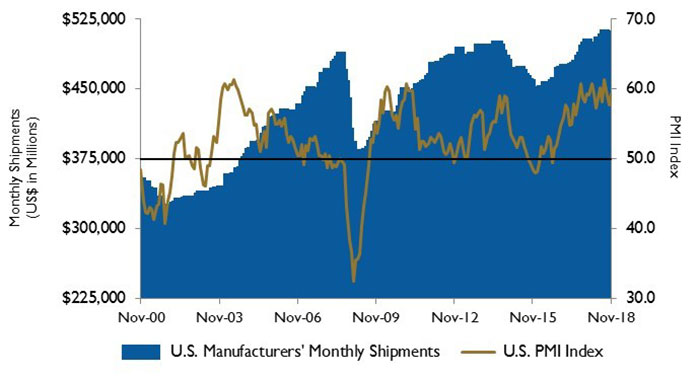