For the month, 61.2 percent of survey respondents reported paying higher prices. The employment index has been above 50 percent since October 2016 and fell 3.1 percent in April to 54.2 percent. 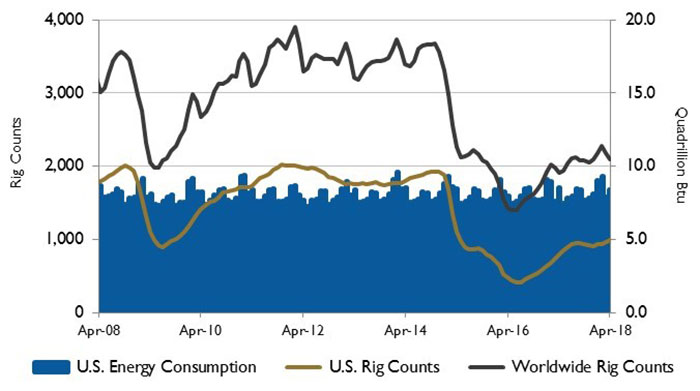 Crude oil production in the Federal Gulf of Mexico increased to its highest annual level on record last year reaching 1.65 million barrels per day and is expected to continue at record levels through 2019. Nine new production projects came online in 2016 and 2017 with four new projects expected in 2018 and six more in 2019. Due to the amount of time needed to discover and develop large offshore projects, oil production in the Gulf of Mexico is less sensitive to short-term oil price movements than onshore production.

On Wall Street for the month of April the Dow Jones Industrial Average and the S&P 500 Index each increased by 0.3 percent, while the NASDAQ Composite increased by 0.1 percent. Fears of a global trade war, tensions related
to Syria and rising bond yields all contributed to muted returns. Even strong earnings results by most large corporations could not excite investors.

Reference
1 - The S&P Return figures are provided by Capital IQ. 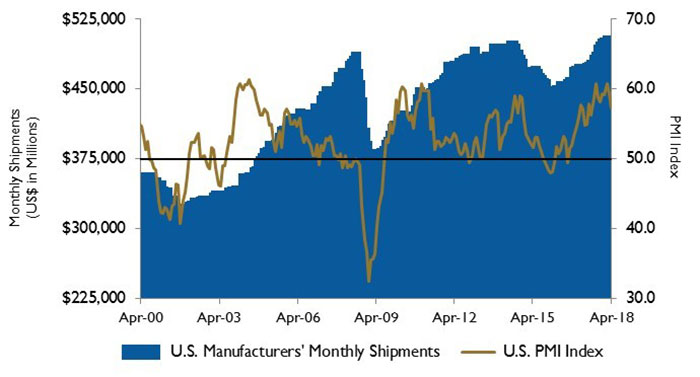