The Jordan, Knauff & Company (JKC) Valve Stock Index was up 14.7 percent over the last twelve months, while the broader S&P 500 Index was up 13.9 percent. The JKC Pump Stock Index increased 25.4 percent for the same time period.1 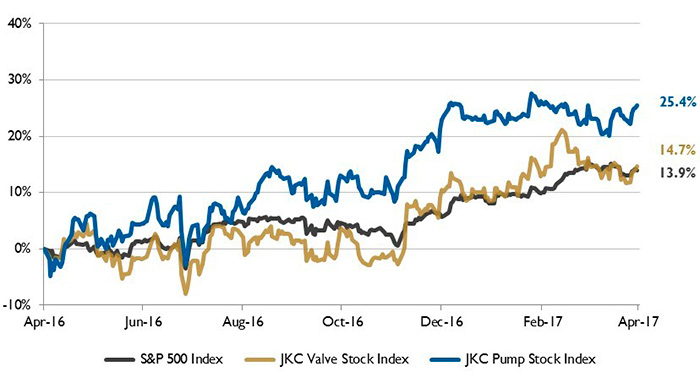 The Institute for Supply Management’s Purchasing Managers’ Index (PMI) decreased slightly to 57.2 percent in March, a level still consistent with solid activity in the manufacturing sector. All 18 industries reported growth in new orders for March as the New Order Index remains near a three-year high. The New Export Orders Index rose 4.0 points to 59.0 percent, the fastest pace of export growth since 2013. The Employment Index registered 58.9 percent, up 4.7 percentage points from the February reading. Manufacturing payrolls have increased an average of 19,000 jobs over the past three months.

The U.S. economy grew by 2.1 percent in the last quarter of 2016, compared to a 3.5 percent rate in the third quarter, according to the final gross domestic product (GDP) estimate provided by the U.S. Bureau of Economic Analysis. Personal consumption rose 3.5 percent, showing improvement in spending on transportation, recreation and insurance. For the full year, GDP expanded 1.6 percent in 2016. 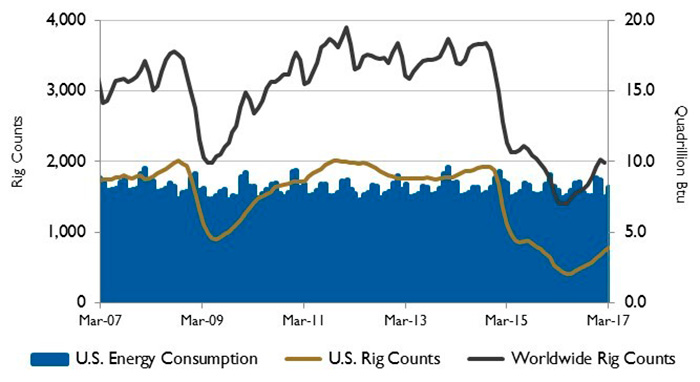 The U.S. Energy Information Administration reported that total U.S energy production fell last year for the first time since 2009. U.S. production totaled 84.1 quadrillion Btu’s in 2016, a decline of 4 percent over 2015. Petroleum production fell 5 percent, while natural gas fell 2 percent. Fossil fuel production declined 7 percent, with most of the decline coming from coal production, which decreased 18 percent. U.S. renewable energy production increased 7 percent in 2016 after declining slightly in 2015. Wind energy was responsible for almost 50 percent of the increase, while solar and hydroelectricity accounted for almost 25 percent each.

Higher oil prices are contributing to an increase in upstream earnings for U.S. oil producers, causing some companies to increase their investment budgets. Between the fourth quarter of 2015 and the fourth quarter of 2016, 44 U.S. onshore-focused oil production companies increased their capital expenditures by 72 percent, based on their publicly available financial statements. Company announcements and increases in the number of active oil rigs suggest these companies are continuing to increase capital expenditures in exploration and development, which would support production growth in the U.S. this year. 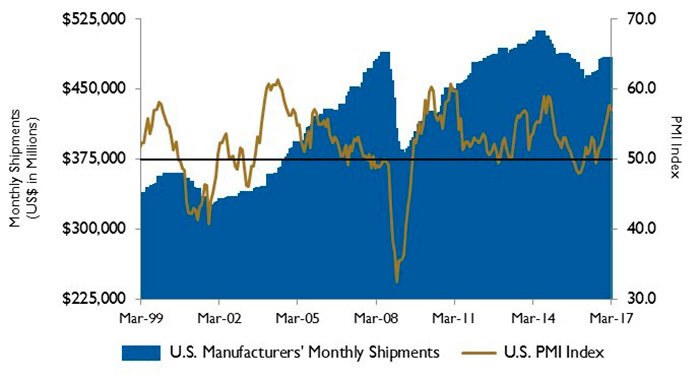