The Jordan, Knauff & Company (JKC) Valve Stock Index was up 11.2 percent over the last 12 months, while the broader S&P 500 Index was up 13.7 percent. The JKC Pump Stock Index increased 9.5 percent for the same time period.1 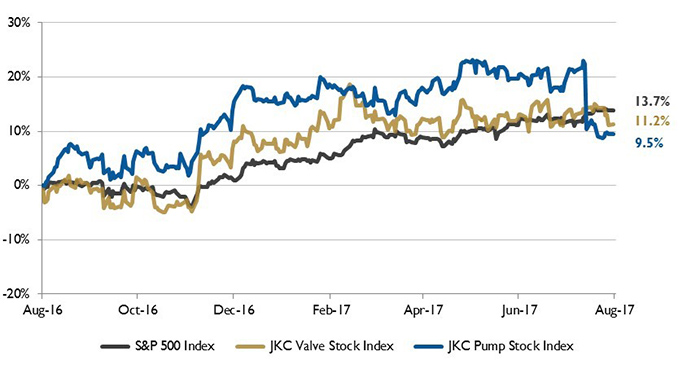 The Labor Department reported that nonfarm payrolls increased by 209,000 jobs in July. Monthly job growth has averaged 184,000 this year, comparable to the average of 186,000 in 2016. Manufacturing jobs increased by 16,000 during the month, the largest gain since February. Since November of last year, manufacturing has averaged 12,500 new jobs per month. The unemployment rate dropped to 4.3 percent, matching a 16-year low reached in May. Average hourly earnings increased 0.3 percent in July, after rising 0.2 percent in June. On a year-on-year basis, wages have increased 2.5 percent for the fourth straight month.

Wyoming, Texas, Pennsylvania, West Virginia and North Dakota were the top five net suppliers of energy in the U.S. in 2015. Wyoming leads the country in coal production with more than 40 percent of the U.S. total in 2015. The state is also the sixth-highest natural gas producing state. Texas heads the nation in both energy production and consumption. The state accounts for more than one-third of crude oil production, almost one-third of natural gas production and more than one-fourth of wind powered electricity generation. Pennsylvania is one of the five largest producers of coal along with rapid growth in natural gas production. Since 2012, North Dakota has been the second largest crude oil producer and also accounted for about two percent of total national production for both natural gas and coal in 2015. 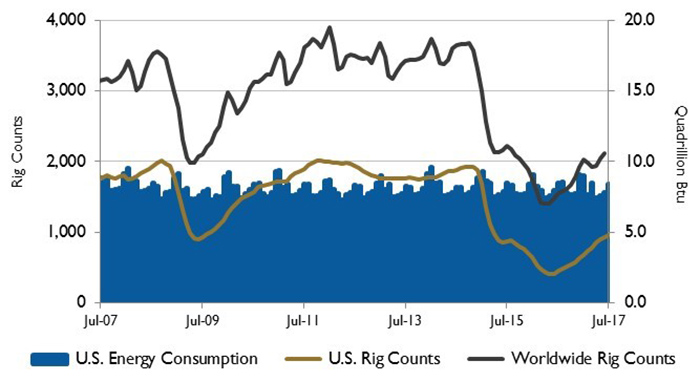 U.S. crude oil production is forecast to reach an average of 9.9 million barrels per day in 2018, passing the previous record of 9.6 million barrels per day set in 1970, with most of the growth coming from the Permian Basin in Texas and New Mexico and from the Federal Gulf of Mexico. By the end of 2018, production from the Permian Basin will account for nearly 30 percent of total U.S. production. In the Federal Gulf of Mexico eight new projects came online in 2016, contributing to its production growth. Another seven projects are expected to come online by the end of 2018. 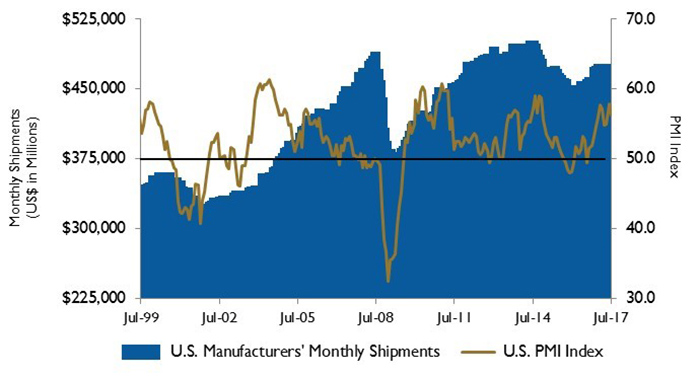 Better-than-expected earnings were seen by McDonalds, AT&T, Boeing and Verizon.