Heavy, salty pumped fluids can be sealed with a water and buffer system.
by Peter Jap
by Andries Tuk
10/22/2013

For a process pump in which liquids with chemical contents are pumped, damage to the seal can occur. The chemicals may cause damage on a standard seal. In many of these applications, a water-lubricated lip seal may eliminate this kind of damage.

Basic Functions Within a Lip Seal

Initially designed for heavy-duty dredging pumps, the lip seal is a water-lubricated shaft seal, which is best suited for pumps that process fluids containing abrasive particles or particles that are larger than 100 micrometers. This lip seal is designed to be lubricated with an external flushing water supply (up to 40 bar) that is reduced to almost atmospheric pressure by the seal itself.

This lip seal is made of independently operating modules, each fulfilling a function. The basic functions are: 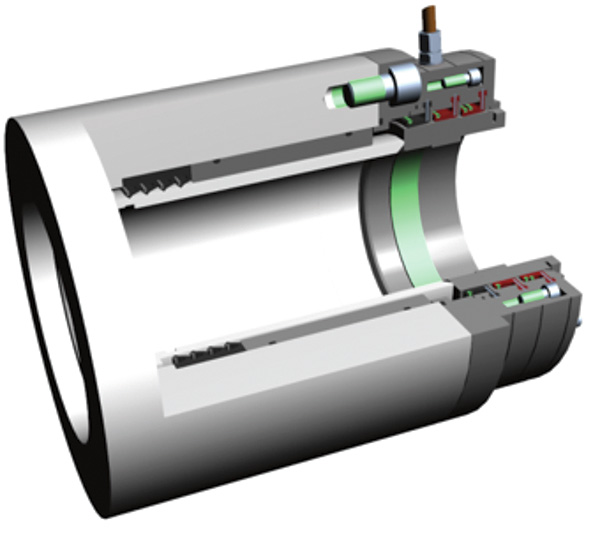 The sealing module prevents undesired leakage into the atmosphere and performs at optimal conditions. The dirt retaining module keeps sand and/or dirt in the stuffing box (water chamber) from entering the water-lubricated lip seal.

The pressure reducing module lowers the flushing water pressure (Pf) to approximately that of the atmospheric level (Pa). In this module, the lip seal runs over helical grooves. These grooves transport water from the flush inlet to the sealing module. This ensures that the heavily loaded running surface of the pressure reducing lip seal is continuously cooled and lubricated. The water lubricated lip seal is suitable for flushing water pressures up to 40 bar(g).

The flow of the flushing water discharge serves as an indicator of the condition of the seal. With time, the helical grooves on the bush gradually wear. This way, a smaller amount of water will flow through the seal and the water discharge flow gradually decreases. When the discharge flow reaches 20 percent of the initial flow, maintenance should take place.

By plotting the decrease of the discharge flow, maintenance can be planned efficiently. This way, mean time between maintenance (MTBM) can be optimized. Monitoring this flow and scheduling maintenance activities helps avoid sudden pump failure. Emergency maintenance will no longer be needed.

A European paints and coatings company encountered continuous major problems with packing seals on its salt production, circulation axial-flow pumps. They wanted to maintain a MTBM of six years, because that would coincide with the main maintenance interval of the pumps. The friction caused by the salt and water resulted in damage to the pump seal that was installed on these pumps. 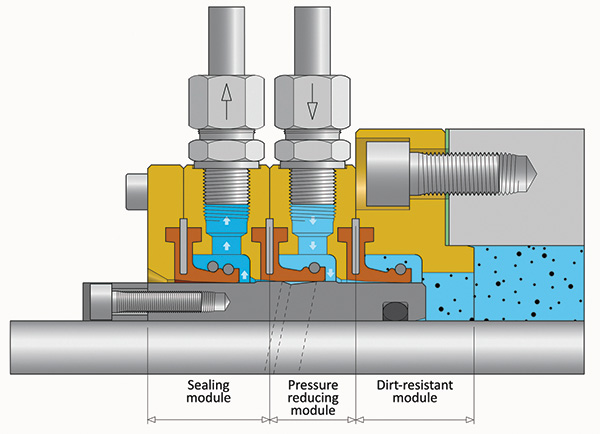 The company needed to increase the availability of its process system and increase reliability. An employee of the paints and coatings company had previously worked with a seal company that developed a plan to solve this kind of problem. This seal company’s team decided to remove and replace the gland packing with a water-lubricated lip seal that included a buffer system.

The company was more than satisfied with extended MTBM, which is beyond the set maximum required period and contributes to the optimal reliability of the sealing system.

Peter Jap is sales manager and Andries Tuk is project engineer for IHC Sealing Solutions. Jap can be reached at info.seals@ihcmerwede.com or +31 (0)78-6921846. For more information, visit www.ihcsealingsolutions.com.