The manufacturer’s wipes must meet washability requirements by May 2022.
by Evi Arthur
Pumps & Systems
09/03/2021

“Wipes are now one of our greatest challenges within the collection system here at Charleston Water System,” said Baker Mordecai, the system’s director of wastewater collection. Wipes have been a problem for wastewater systems for decades, but the problem has accelerated over the past 10 years and worsened still with the COVID-19 pandemic. 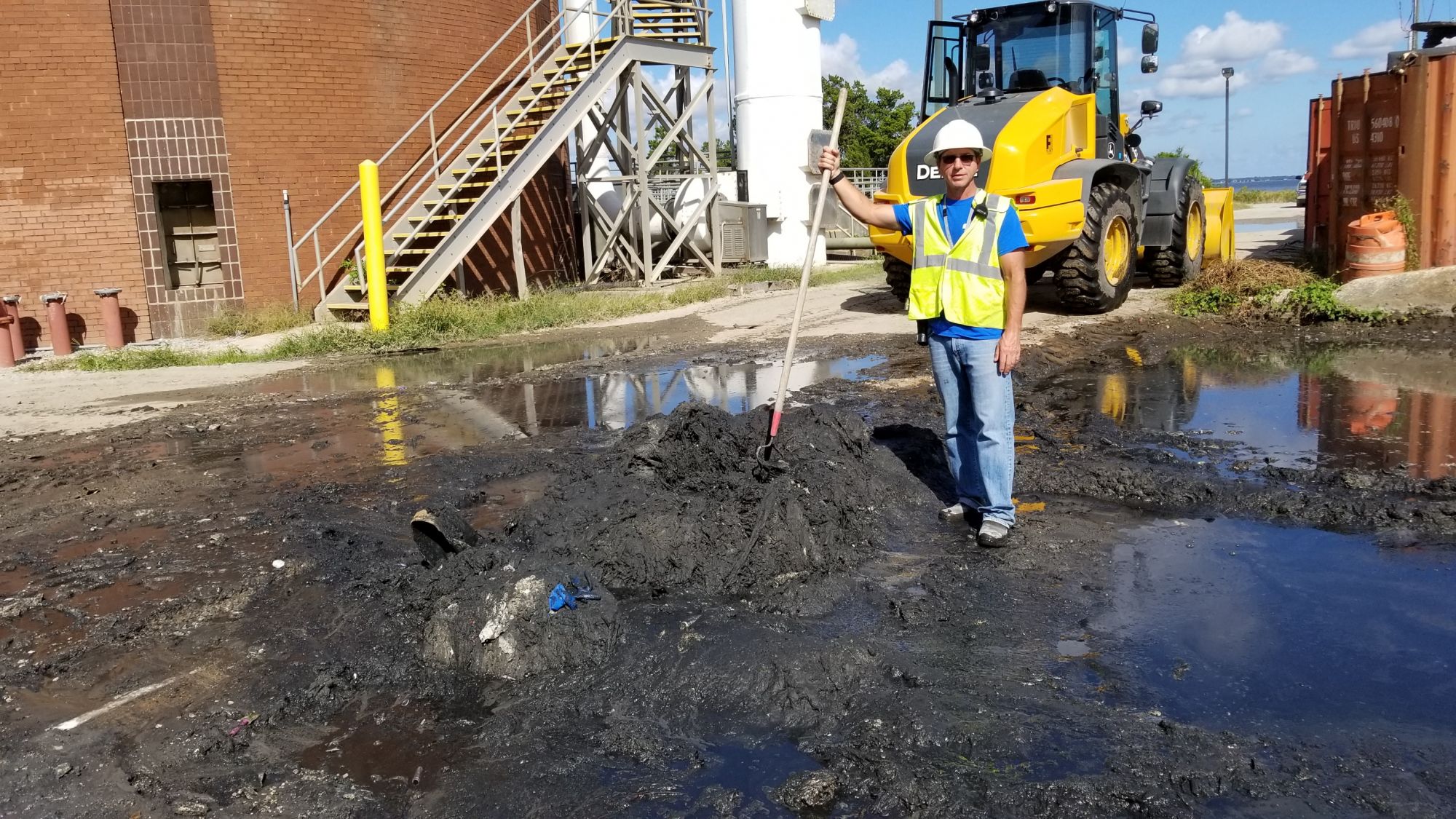 Longstanding issues with materials like wipes, which do not dissolve like toilet paper, have led to lawsuits against the companies that make and sell wipes. The most notable of these brands, Kimberly-Clark Corp., which manufactures brands including Huggies, Cottonelle and Scott, was brought to court by the Charleston, South Carolina, water system. Suing for injunctive relief, the Charleston system settled with Kimberly-Clark in April, according to Bloomberg News. This agreement states that the company’s wipes labeled as “flushable” must meet the wastewater industry’s standards by May 2022.

This wipe problem has cost the Charleston Water System hundreds of thousands of dollars over the years. The system has invested $120,000 on bar screens for approach channels over the last five years—capital cost alone, not counting operation and maintenance costs. “That helps us to remove the wipes before they do any type of damage to any downstream equipment, mainly the treatment plant,” Mordecai said.

The largest investment made has been in supervisory control and data acquisition (SCADA) for the system’s 216 pump stations, with $2 million in spending over eight years. Preventative maintenance, like wet well cleaning at each pump station, main lines cleaning and screen cleaning, also made up a significant investment. Most of this work is done in-house, but outside contractors were brought in to help on and off, especially with the pandemic—costing another $110,000.

“We believe that a lot of this is that folks are doing extra disinfecting,” he said. “They’re obviously cleaning their hands more often. And all these wipes are winding up in the sewer system.”

Unfortunately, these extra costs brought on from managing the wipes are often passed on to the customer, despite reallocation of work.

“At the end of the day, what you have is a customer buying the wipe on the one hand, and they’re seeing an increase in their sewer bill for the wipes on the other hand,” Mordecai said. “There’s a cost component to the consumer that I think sometimes goes unrecognized.”

Although the pandemic let up some this summer, the clogs that the Charleston Water System is seeing have not reduced. “You would think that as folks went back to work, there’d be some decrease, but we have not noted that to date,” Mordecai said. “Once people get into a bad habit, it’s hard to break that habit.”

The Charleston staff has run a few education campaigns over the years to let utility users know what flushing wipes leads to further down the system. One was the “Wipes Clog Pipes” campaign that Charleston participated in with some other regional utilities, but Mordecai says these campaigns only had “marginal success.” 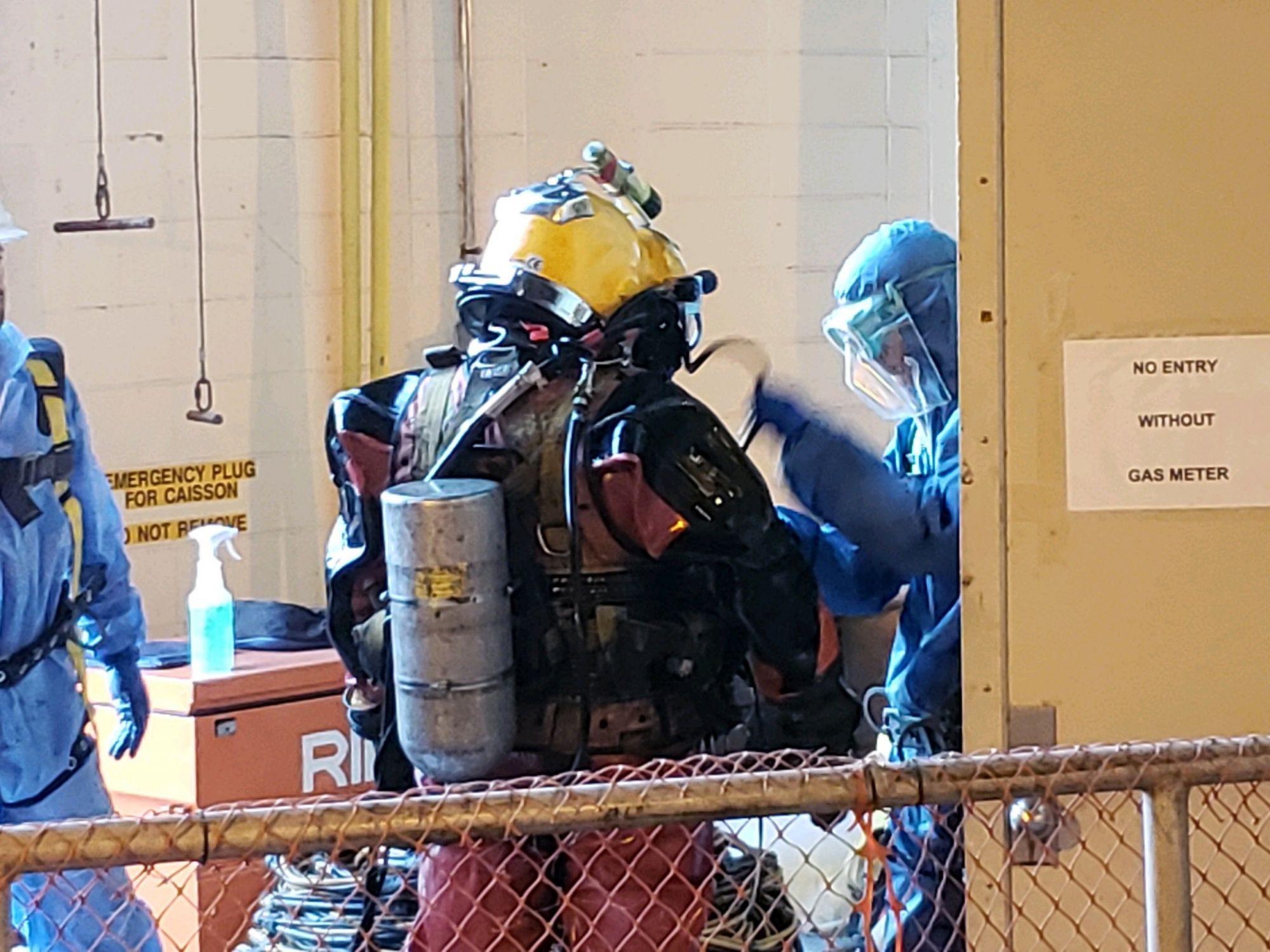 In 2018, staff ran a social media campaign with photos of the clogs and the divers who unclog them by hand that went viral globally, reaching more than 1 billion people. “Unfortunately, what wasn’t significant was the impact on the amount of wipes that we saw in our collection system,” Public Information Administrator Mike Saia said. “We didn’t see any change whatsoever in the volume of wipes that we were getting on screens and taken out of the wastewater treatment process.”

What the social campaign did do was bring attention to the lawsuits made by wastewater utilities across the United States and get the Charleston Water System on everybody’s radar.

“Because of that viral effort, we became the de facto face of wipes issues in America. So, the primary legal efforts that were being perpetrated throughout the courts took a pause and adopted us as their lead plaintiff because of the visibility that we had in the industry,” Saia said.

The lawsuit was filed in January 2021 against Kimberly-Clark as well as Procter & Gamble, CVS, Walgreens, Costco, Target and Walmart. Before the suit, the Charleston Water System was negotiating privately with Kimberly-Clark. Saia said they hoped to settle with the manufacturer but could not get to that point, so they sued.

In filing these suits, the Charleston Water System staff wants to ensure that wipes labeled “flushable” are actually flushable and that they will “disperse” in a time and manner that will not cause blockages or additional maintenance problems. The suit also included requirements that manufacturers provide better notice to consumers that nonflushable wipes are nonflushable.

There has been litigation over wipes for years, and Saia said this is the first settlement “of any real substance.”

“We applaud them for developing a truly flushable wipe and for agreeing to better label their nonflushable products as well. And we also are thrilled that they’re going to continue to improve their products,” Saia said.

Evi Arthur is associate editor of Pumps & Systems magazine. She can be reached at earthur@cahabamedia.com.