Biological method can be used to reduce waste contaminants, clogging and odor problems.
by Julie Holmquist
by Tonya Decterov
Cortec and Bionetix International
09/11/2019

Industrial waste discharge can be a big problem when contaminants build up on a large scale from clogging pipes and systems, racking up high discharge fees and causing bad odors. Interestingly, natural biological processes can counteract these problems by means of “good” microbes/bacteria that instinctively work to clean out the contaminants in the system.

This natural technology is already widely accepted in septic systems and municipal wastewater treatment where secondary digesters, lagoon systems, trickling filter beds and other forms of natural biodegradation are used. 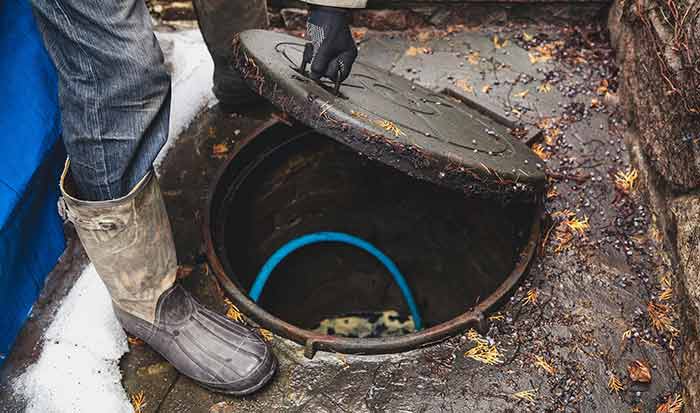 These systems typically rely on naturally occurring microorganisms to do the work of degradation but can also benefit from the addition of microorganisms targeted to degrade specific contaminants.

This method is called bioaugmentation and can also be used on a localized level to reduce the amount of contaminants being discharged by industries and institutions before they reach the treatment plant or re-enter the ecosystem. Bioaugmentation has been performed with repeated success in a variety of industries and provides a maintenance plan to promote the efficient flow of wastewater without unwanted interruption and odors.

Institutions and industries produce waste on a large scale. This often results in a high concentration of certain types of contaminants depending on the normal activities of the industry. For example, food processing industries release high amounts of fats, oils and greases (FOG) that are more difficult to degrade and can clog a system. To avoid excess discharge, restaurants are often required to install grease traps. However, if these become overloaded, the excess FOG can overflow anyway, and the problem continues. Chemical companies may release excess chemicals in their waste, and high starch processing plants release starch into the wastewater.

Image 2. Discharge levels at a Moscow shopping mall before and after bioaugmentation (Chart information courtesy of OOO Kozhuhovskaya-Invest/IB T.A. Kashirskaya.)

The level of contaminants in the waste discharge is measured by BOD—biological/biochemical oxygen demand. During the aerobic digestion process, contaminants require oxygen in order to degrade, so this measurement is an indicator of how many oxygen-demanding contaminants are present in the waste and need to be degraded biologically. Industries often use another indicator that is easier to measure—chemical oxygen demand (COD)—that shows the amount of organic and inorganic chemicals that require degradation. Industries and institutions of all types usually have a cap on the amount of BOD or COD they can release before they will be charged an extra fee for processing the extra contaminant load.

Fortunately, industries have some effective natural options to avoid this problem. Microbes are naturally present in the environment and wastewater. As previously mentioned, wastewater lagoon systems, secondary digesters, trickling filter beds and septic systems rely on naturally occurring microorganisms to execute the waste degradation process. This works because microorganisms produce and release enzymes that chop up the contaminants around them into smaller pieces. They then consume those pieces as their “food” source to have the energy necessary for metabolism and reproduction.

Like people, microorganisms develop stronger “appetites” for certain contaminants than others. In more technical terms, some microorganisms are better at producing certain enzymes (e.g., lipase for fats, amylase for starch, protease for proteins, etc.) than others. These bacteria can be isolated, cultivated and commercially produced to serve as a natural additive for biodegrading target wastes. Bacteria that are especially good producers of lipase are prime candidates for applications where there will be a lot of FOG—a dairy processing facility or automotive shop, for example. These targeted microorganisms help eat up the contaminants, so they are reduced before the waste is discharged. This helps facilities avoid excess discharge fees, clogging, odors or similar problems.

Many examples exist of how bioaugmentation has been used to quickly and significantly reduce contaminant levels and bad odors.

With this unfortunate record in mind, the shopping center applied a biological microbial-based product to the sewage from April to December 2017. Results improved in just the first month. Following application, all average contaminant levels dropped by approximately 40 to 70 percent. The resulting average level of pollution indicators for 2017 were within the allowed discharge limits, and the user was satisfied with the solution.1

Another situation revolved around the sewage and grease trap problem of a restaurant called the Golden Spur in Ryazan, Russia. The restaurant had frequent problems with blocking, clogging and pungent odors. Two biological products targeted for grease degradation were added to the drain and grease trap, and the process worked.2 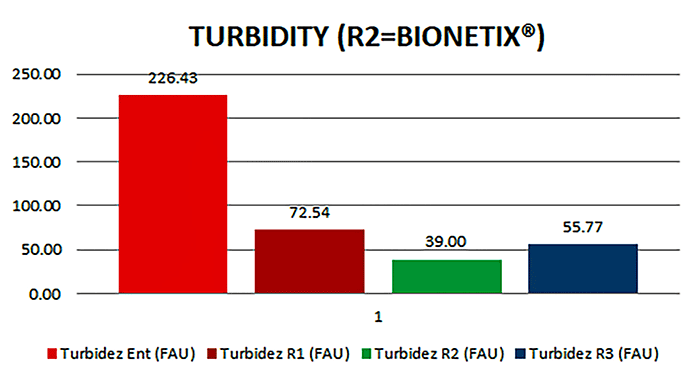 Even automakers must deal with wastewater discharge limits. In Mexico, one automotive factory tested several bioaugmentation products in an effort to reduce COD levels in their wastewater. The products were tested in 60-liter reactors over a period of six weeks, with a biological product dose added each day (products are typically added on a weekly or biweekly basis after an initial shock dose). All three bioaugmentation products significantly reduced turbidity, and one product in particular outperformed the others in terms of reducing suspended solids (see Images 3 and 4). This particular bioaugmentation also helped maintain a reduction in COD and was approved for use in the factory’s wastewater.3 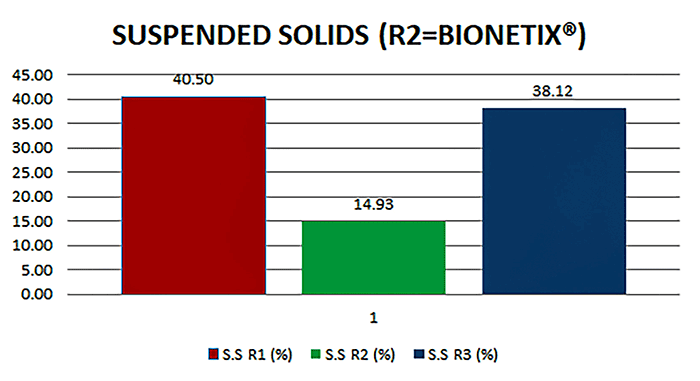 In the ongoing effort to maintain efficient waste treatment systems, bioaugmentation can play an important role in helping to minimize clogging, unwanted odors and waste discharge fees. Recruiting the help of select microorganisms for natural sewage maintenance unleashes the power of natural biodegradation, with the broader goal of allowing pump and waste systems to operate more effectively.

Julie Holmquist is the content writer at Cortec Corporation, a supplier of corrosion solutions for industries involving metal. She may be reached at jholmquist@cortecvci.com. For more information, visit www.cortecvci.com.

Tonya Decterov is a technical sales representative at Bionetix International, a supplier of biological cleanup solutions. She holds a doctoral degree in biology (soil science). She may be reached at tdecterov@bionetix.ca. For more information, visit www.bionetix-international.com.