In 1985, the Federal Communications Commission (FCC) made several frequency bands available without a license under certain conditions. These industrial, scientific and medical (ISM) license-free frequencies would eventually be adopted by industrial radio manufacturers and find their way into industrial applications.

Proprietary wireless modules use ISM bands. The frequencies in the U.S. are as follows:

Multiple radio networks can operate at any nearby location or time on these frequencies. The transmissions must avoid interfering with one another. Radios in the ISM bands spread their signals among various frequencies within the given band while allowing other radios to operate in the same space. These radios use techniques such as frequency hopping spread spectrum (FHSS), direct sequence spread spectrum (DSSS) or orthogonal frequency division multiplexing (OFDM).

FHSS is the most common method of transmitting the data. In FHSS, the data "hops" from one frequency to another (see Figure 1). Although FHSS has relatively low data rates, the technique is appropriate for most SCADA tasks and has the highest tolerance to interference. 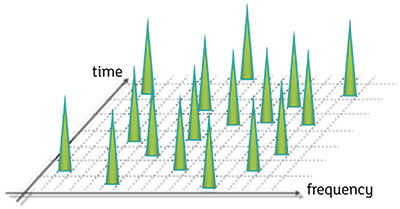 Figure 1. In FHSS, the data "hops" from one frequency to another. Although FHSS has low data rates, it has the highest tolerance for interference. (Images and graphics courtesy of Phoenix Contact)

Security is a key advantage of proprietary wireless technology. Although the wireless engine and the frequency range for a wireless device might be known (for example, FHSS, 900 MHz), it would be extremely difficult for an outsider to discover how that device works. This creates a built-in barrier that prevents intruders from intercepting or manipulating data transmitted on the network. These wireless modules are usually encrypted.

Industrial applications also have requirements that commercial installations do not. Wireless modules for industrial use often require IP20 protection for cabinet installation and IP65 protection for outdoor use. Many locations will also require approvals for hazardous locations, such as Class I, Zone 2, ATEX and IECEX. 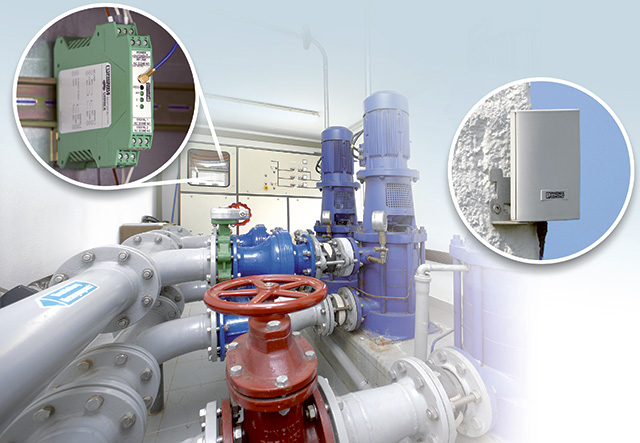 Image 1. The pressure boosting station is used as receiving station from where the level signal is transferred to the central control room

Lage, Germany, relies on a 233-mile network of water pipes to supply drinking water to 9,000 homes in and around the town. The annual demand is more than 380 million gallons. More than 18 springs supply the water, which is then pumped to three water treatment plants. Eight elevated towers store the drinking water.

Three pressure boosting stations maintain the constant pressure necessary for the network. Computers in the central control room in Lage are networked to monitor most of the elevated towers and pump stations. The computers indicate the operating states, document the inflows and outflows, and statistically evaluate the amount of water pumped. The system automatically activates the pumps in the pressure boosting stations if the level is not met. If a fault occurs, the system alerts the on-call personnel or notifies external technicians.

One of the elevated towers supplies approximately 1,200 residents of two local communities with drinking water. Before the system was automated, an employee had to go to the tower every day to manually read the level. Now, the system constantly monitors the digital signal from the level sensor in the elevated tower. If an error occurs, personnel in the central control room receive immediate notification so they can respond as quickly as possible.

Public water utility employees in Lage chose a wireless system with a stand-alone solar power system to provide an independent power supply. By selecting both a wireless I/O signal radio system and a stand-alone solar power system, employees were able to eliminate the need to lay any cable. This saved between $25 and $35 per foot for digging trenches and routing cables.

"We were won over not only by the lower costs compared with the cable solution but also by the simple commissioning and reliable operation," said Erhard Heissenberg, who is responsible for water recovery and supply at Lage public services. 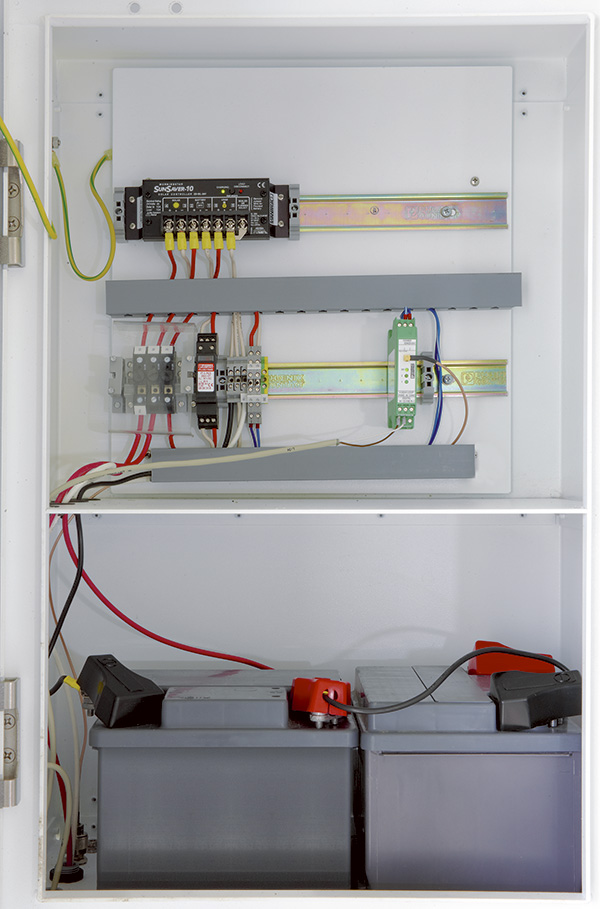 Image 2. The preinstalled control cabinet reduces the wiring costs of the solar system; the wireless module automatically establishes the wireless connection once the supply voltage is connected.

The wireless link was set up based on the unidirectional operating I/O system, which transfers two digital switching signals and an analog signal between the transmitter and the receiver. Although trees restrict the line of sight between stations, antennas easily span the 1,000 yards. These wireless modules were specifically developed for transferring small amounts of data over distances of several miles.

The elevated tank is not connected to the public electrical grid, so power must come from another source. The public water treatment utility chose a solar power supply designed specifically for wireless applications.

The universal solar module bracket enables the angle of inclination to be set in various stages, allowing the solar system to be used at virtually all latitudes. The solar modules generate enough electric power to supply the wireless module or other devices with energy and to recharge the solar batteries. The system can supply sufficient solar power even on short, dark winter days.

"The continuous wireless monitoring not only reduces physical visits to the remote elevated tower; it also increases process reliability and, in turn, plant availability," Heissenberg said.

Power and status LEDs can be directly seen at the device. An isolated radio frequency link contact and the analog RSSI signal allow the remote diagnosis of the wireless link. Faults resulting from other wireless systems operating in parallel are almost completely ruled out, because wireless I/O modules communicate in the license-free 2.4 GHz frequency bandwidth along more than 600 channels selected on a pseudo-random, FHSS basis.

"By using wireless modules, we have saved ourselves a lot of time and money," Heissenberg said. "Moreover, they are reliable and especially easy to set up."

The wireless link has been operating trouble-free for more than five years. "Since the local telecommunications company discontinued the dedicated leased lines that previously connected other elevated towers to the central control room, we will replace quite a few underground cables with a wireless solution," Heissenberg said.

Benjamin Fiene started his professional career at Phoenix Contact with training as IT systems engineer. Since 2005, he has worked in Communication Interfaces Product Marketing, where he is the contact person for radio products (Bluetooth, Trusted Wireless), antennas and systems for autarkic power supply.