Enclosures for Motors Below 500 Horsepower

Select enclosures based on the environment and conditions of the installation.
by Tim Albers
Nidec Motor Corporation
11/23/2018

Choosing a motor enclosure can be complicated. National Electrical Manufacturers Association (NEMA) and, in some cases, internal protection (IP) ratings for motor and cabinet enclosures need to be considered. But there are two primary factors to consider when selecting a motor enclosure: the environment in which the motor will be operating and the level of protection the enclosure is required to provide personnel working around the motor.

In areas where people interact with motors, fully protected enclosures are normally chosen for worker safety. The primary concern in choosing an enclosure, therefore, typically involves the harshness of conditions in the operating environment.

Enclosure choice should be based on the environment and conditions in which it will be installed. Environments can vary dramatically. Some environments are so dangerous that they require hazardous or explosion-proof enclosures. The focus is typically on commercial and industrial environments, such as:

Commercial buildings may include a variety of environments where motors are present. Fire pump motors, for example, are often housed in cleaner environments. Booster pumps and other heating/cooling system pump motors are in service spaces where the air is usually not conditioned. Pump motors for cooling towers are typically found outdoors.

Wastewater treatment is performed in severe environments. Most motors located in close proximity to toxic wastewater and treatment activities, including the motors used to operate aerators, require extremely severe duty motors and enclosures.

Mining industry pump applications can place a motor in contact with everything from relatively clean water to extremely caustic or acidic liquids. For the sake of consistency and safety, many end users choose standard severe duty enclosures for all installations.

Food industry motors are often subjected to washdown, chemicals, humidity and other severe environmental conditions, and require enclosures that accommodate them. 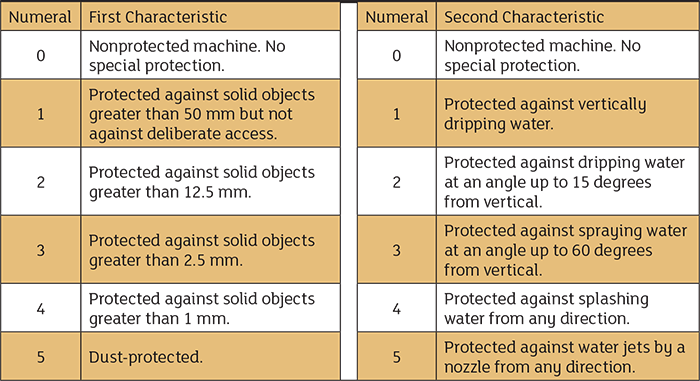 Table 1. EIC enclosure ratings. [Note: The simplified ratings chart does not include the motor cooling method that can also be added to the rating.]

When selecting an enclosure for your application, there are many types to choose from. Some are better suited for some applications than others, including:

Cabinet ratings are comprised of a number. If the letter X is added to the number, it indicates the enclosure’s ability to guard against a potential chemical in the environment.