Last month, we discussed how a constant volume heating, ventilation and air conditioning (HVAC) system would continually pump the same flow rate of chilled water through the entire system regardless of the cooling load. This worked well when maximum cooling was needed on a hot day, but during times of low cooling load, much of the chilled water would go through the bypass. This method allowed the system to be controlled, but at a high cost. Also discussed was how centrifugal pumps connected to variable speed drives (VSD) could be used to reduce the pumping cost in a chilled water system by varying the flow rate through the system to match the system’s cooling loads.

By installing a VSD on the pump, the pump’s speed can be adjusted so the system flow rate can be matched to the flow rate required for the system heat load. Using this approach, the flow rate through the system can be controlled by adjusting the speed of the pump using the VSD.

This causes the pump to operate back on the pump curve, resulting in greater discharge pressure. As a result, the differential pressure across the temperature control valves is higher at lower flow rates.

In a constant volume system (described in last month's column), the flow rate through the system is maintained at a constant flow rate regardless of the system’s thermal heat load. The space room temperature is maintained by bypassing some of the chilled water around the air handler. In our example, 50 percent of the design flow rate will pass through the heat exchanger with the remainder bypassing the heat exchanger. Once the system is balanced, the differential pressure across the temperature control valve can remain at a low value under a variety of flow rates. Since the chilled water flow rate through the system must meet the system’s highest thermal load regardless of the current thermal load needed to meet the operating conditions, this will control the system but at a higher pumping cost.

In a variable volume system, only the chilled water needed to meet the thermal load passes through the system. Without a variable speed pump, the temperature control valves in each circuit are not large enough to accompany the higher differential pressure required. Figure 2 shows what happens when operating the system at 50 percent of the thermal cooling load.

Using a pump with a VSD installed, the rotational speed of the pump is adjusted so the pump curve intersects the head loss curve at the 50 percent flow condition. Not only is the pump passing only 50 percent of the design flow rate, but the system requires less head at the flow rates. This reduction in pump head and flow rates results in a tremendous energy savings.

Many building owners were looking at installing VSDs on chilled water pumps in existing systems. This is where problems started occurring. Looking at the simplified curve in Figure 1, the head loss in the system is represented as a single loss curve, which in reality consists of multiple loops working together. Each circuit is supplied by the common pump, but each path has head losses associated with the interconnecting pipelines, air handlers and a control valve. The outlet temperature of the air handler is adjusted by controlling the flow rate through the circuit. 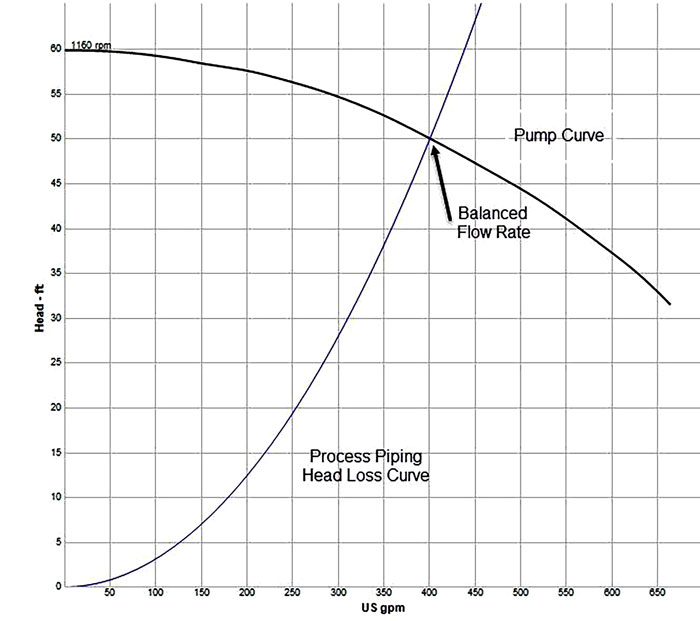 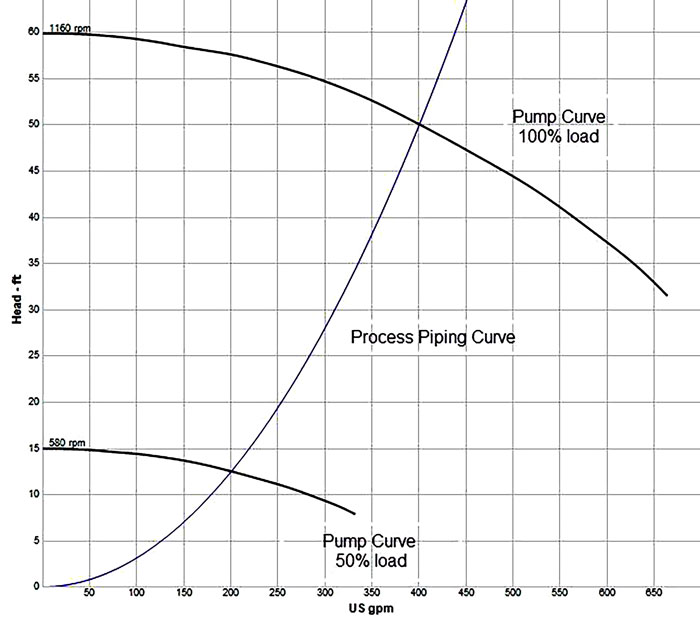 This approach eliminated the need to balance the system when changing the thermal loads on other circuits in the system, but the valve must be replaced when increasing the head load on the affected circuit.

As the number of circuits in an HVAC system increases, the differential pressure across the temperature control valve increases as well. This is especially true across the circuits physically closer to the pump. 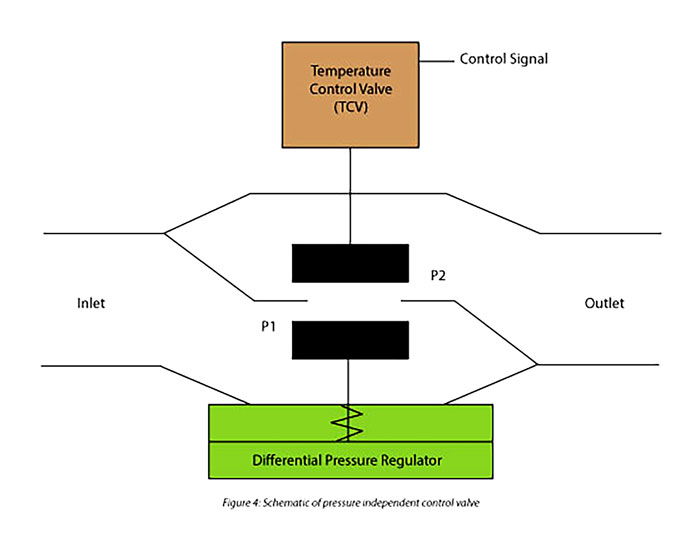 The disadvantage to this approach is potential overloading if there are too many circuits supplied by a given differential pressure controller.

For example, assume there is a 40 psi pressure drop across the PIC. The temperature control valve is supplied an input signal to regulate the flow rate through the valve to the air handler. The downstream fluid pressure of the temperature control valve is measured at location P1 within the valve. The pressure at location P1 is automatically regulated by the DPR to maintain a constant differential pressure of 5 psig regardless of the flow. The position of the DPR valves inlet pressure is supplied to the DPR section of the valve. In this example the DPR positions the valve stem to provide 35 psig.

Integrating the VSD into the System Control

Installing a VSD on a pump in an HVAC chilled water system allows us to vary the pump speed to regulate the flow rate through the system to meet the system thermal loads. The VSD is controlled to maintain sufficient pressure, so the pump can provide the flow to all circuits to meet the system’s thermal loads. Choosing the location of the pressure source used to supply the control input can be simplified by using simulation software to model the entire piping system so one can see how the system will operate under any expected operating conditions.