Keystone XL Represents the Next Step in Pump Automation

As the debate over the pipeline’s future continues, Siemens and TransCanada celebrate six years of collaboration on an advanced oil & gas monitoring system.
by Michael Lambert
04/02/2015

Beneath the curved pipes rushed hundreds of thousands of barrels of Canadian crude oil destined for Gulf Coast refineries. Pump Station 38 is one of dozens of pump stations along the Keystone XL pipeline—a 1,200-mile addition to the Keystone system that connects Hardistry, Alberta, to Steele City, Nebraska. Six years of political debate has made the Keystone XL (KXL) project a favorite for national headlines, but the real story lies in the innovative technology that makes the expansion possible. 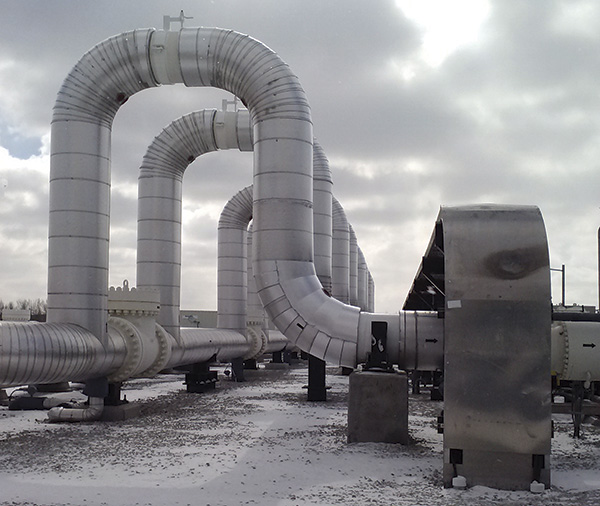 During a visit to Pump Station 38, Pumps & Systems had a first-hand look at KXL—how pumps, motors and advanced monitoring solutions combine to provide reliable, safe transfer services for the next chapter in U.S. energy.

A common misconception is that KXL will be the first oil pipeline on American soil. The pipeline is actually another addition to the Base Keystone system—the fourth phase in a crude oil transfer network that spans much of the Midwest and reaches from Canada to the Gulf of Mexico.

Base Keystone started as 275 miles of pipe and five pumping stations. Now, the system and its expansions rely on more than 200 pumps to handle 47 approved petroleum products. 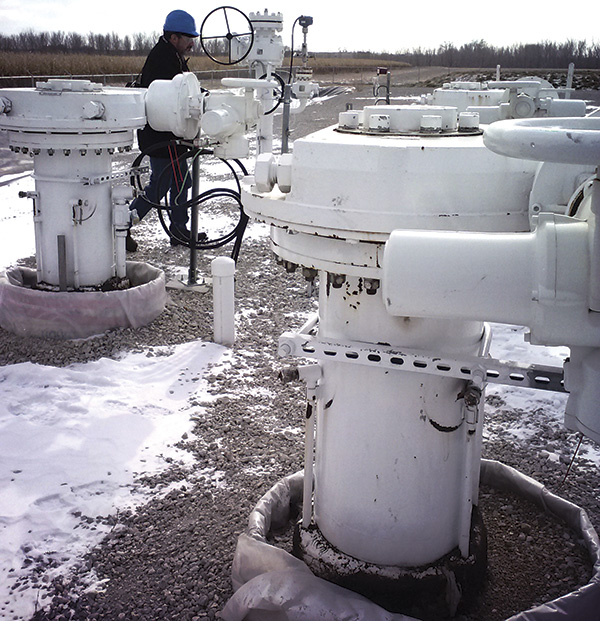 Check valves at the entrance and exit of the pump circuit determine if the products need to enter the circuit or continue through the pipeline.

TransCanada’s Corey Goulet worked on the system’s Gulf Coast expansion before taking over as president of KXL.

“It is the safest pipeline system built in North America,” he said.

Today, more than 56 pump stations—about one station every 50 miles—are needed to transfer crude oil from Alberta to the Gulf Coast, he said. Steele City acts as an intermittent hub, either moving products east or south toward the coast.

With the completion and approval of KXL, Canadian crude will have a direct path through Steele City to the Gulf Coast. This shortcut will increase the speed and availability of petroleum products and reduce the number of pump stations needed to about 35. These new stations will add about 130 pump units to the system, such as the four pumps in parallel series at Pump Station 38.

Virgil Pfenning, area manager of Pump Station 38, said that the products move through the station at more than 1 million gallons per hour, or 660 gallons per second. This is equivalent to “walking pace,” Pfenning said. At this rate, about 550,000 barrels of crude product are handled by the station’s pumps each day.

The pumps operate in parallel series, with a variable frequency drive adjusting the outgoing pressure of the final pump based on the petroleum product in the batch.

Pressure control is key. A series of pressure gradients separate product batches from station to station. If the flow rate decreases, the batches mix and contaminate the products. At Pump Station 38, as well as all the stations along the KXL route, pressure is managed solely through variable frequency drives (VFDs).

In a parallel sequence, such as the one at Pump Station 38, the discharge of one pump is the suction of the next. The VFD only runs one pump in the series, usually the last active pump. During the site visit, three pumps in the series were active. The site’s VFD worked on the third pump at 60 hertz, or 100 percent.

KXL’s VFD control system was designed and supplied by one company—the same company that has been with the project for the last seven years—Siemens. 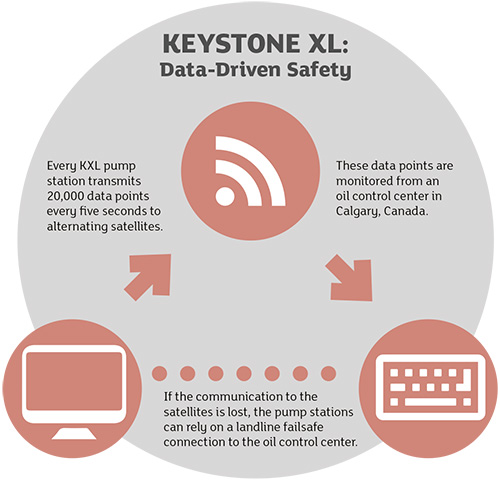 VFD control is only one aspect of the total monitoring solution responsible for the high level of reliability and safety at KXL. Ted Fowler, Siemens Oil & Gas, described the design of KXL’s automation architecture as modular—the system can handle and adapt to more pumps as the project expands. As delays from Congress and the U.S. Department of State have hampered the pipeline’s completion, this modular design has become like a “silver lining” for the pipeline’s future, Fowler said.

At Pump Station 38, human-machine interfaces (HMIs) display and transmit more than 20,000 data points every five seconds to the oil control center in Calgary, Canada. Valve site data from the mainline valves between pump stations is sent every 30 seconds. Alternating satellites transfer the data, but a landline failsafe activates if communications are lost.

The extensive monitoring solution is driven by a commitment from both Siemens and TransCanada to provide a safe operating environment prepared for anything. If the pipeline leaks and pressure suddenly changes, the reaction is immediate but careful. Neither the supervisory control and data acquisition (SCADA) programs nor the programmable logic controllers (PLCs) will allow the valves to close without a staggered pump shutdown.

“Liquid lines are harder to shut down or bypass than gas lines,” Fowler said.

If the PLCs come offline, all the pumps shut down in a cascading manner to prevent hammer in the pipeline. If SCADA loss occurs, the drives gradually move to a safe operating pressure—a tall order for a system that can reach up to 470,000 horsepower of pumping power.

Ultimately, technology can never fully replace the human element. Pump Station 38 receives a minimum of one site visit per week—sometimes up to three visits. Operators at the oil control center are always on call to receive emergency alerts on the pipeline—including a recent call from a local Nebraska farmer who believed he saw a leaking pipeline. Crews responded quickly and confirmed the call was not a threat.

While the future of KXL is still a question for politicians, the close collaboration between manufacturer and customer that has defined the project sets the model for true technical innovation in the automation and monitoring industries. The partnership between Siemens and TransCanada has combined the leading technologies in pump system configuration, motor and pressure control, and monitoring software. The result is an operating architecture that highlights safety and provides a blueprint for continued domestic and international partnerships during the U.S.’s energy golden age.

Michael Lambert is the managing editor of Pumps & Systems MENA. He may be reached at mlambert@cahabamedia.com.