It has long been recognized that rubber expansion joints (REJs) provide critical design functions that impact the reliability of the entire piping system. This has led some industry professionals to an overly conservative calendar-based replacement program and others to a somewhat reckless approach based on running equipment to failure.

Maximizing an expansion joint's functional benefits while minimizing its inherent risk has always been a goal for the industry.

Until recently, end users have addressed this concern by using performance replacement REJs along with best practices for maintenance, reliability and operations (MRO).

These strategies should not be minimized. However, significant advancements have been made using a failure modes and effects analysis (FMEA) program and improved technologies related to the detection of failure modes.

Combining performance replacement REJs with traditional and advanced inspection methods in an FMEA program can help end users to improve the management of REJs in piping systems in order to maximize plant reliability and efficiency.

The critical design functions of REJs include their ability to accept all directional movements and to reduce noise and vibration in the piping system. These pieces of equipment are also designed to have a cycle life in the tens of millions of cycles, compensate for misalignments, provide access to piping and equipment, and relieve pipe and anchor stresses.

However, the characteristics of rubber lead to degradation over time, which is accelerated by stress and temperature. These conditions are common in power and process systems. Unchecked degradation can lead to a catastrophic failure that could cause a plant shutdown. However, rigid piping systems designed without REJs or a means of handling the thermal growth and other external movements can lead to the same catastrophic consequences despite inspection or maintenance frequency. 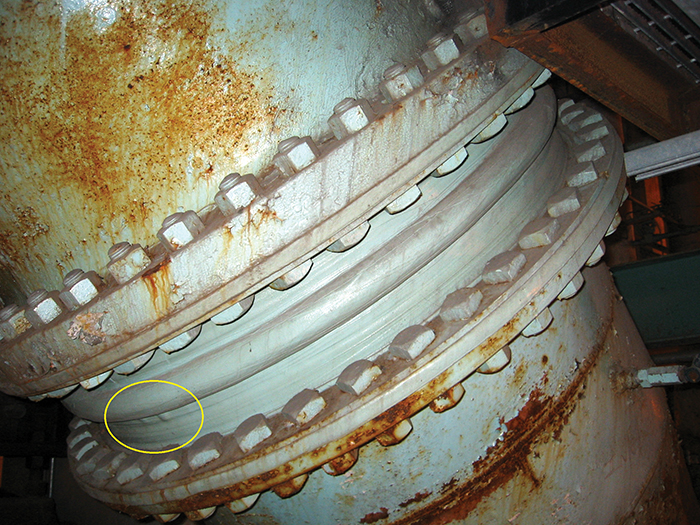 Image 1. Inspection of REJ body blister as a failure mode (Image and graphic courtesy of FSA)

Improved materials and manufacturing technologies have led to increased design function and have minimized the inherent risk of the REJ. For example, fabric reinforcement, which was traditionally square-woven cotton or polyester weave, can be upgraded to tire cord.

Square-woven implies that the fabric strands are perpendicular to each other and have approximately the same strength in each direction. If a greater strength is needed in only one direction, the design requires an increase in the overall number of plies, which increases body thickness, reduces movement capability and increases overall stiffness. A thicker body also reduces the projected flange sealing area and can increase the risk of REJ flange leakage.

The use of tire cord allows the bias angle to be changed to increase the strength in one direction over the other. This is significant because, depending on the application, the static forces in an REJ can be considerably different in the axial versus the radial direction.

Tire cord also ensures a superior rubber-to-fabric bond because it is coated with a specially formulated adhesive—resorcinol formaldehyde latex (RFL). The tire industry developed the RFL coating to improve adhesion and prevent ply separation and delamination. The combination of an improved elastomeric bond as well as an optimal number and angle of plies creates a homogeneous composite with consistent and predictable engineering capabilities.

Greater flexibility in today's REJs minimizes their own internal stresses as well as external stresses to the piping system. The reduction of internal stress minimizes the effects of aging and leads to a longer service life. System stress reduction is achieved when the expansion joint accepts thermal movements, relieving thermal stresses that can quickly exceed allowable pipe stresses. Other advanced materials have made it possible for REJs to be used with a wider range of chemically abrasive and erosive mediums under higher system temperatures and pressures.

Building the REJ to exact field dimensions is another example of improving performance and reducing risk. Over time, piping and equipment settle and offset at different rates. For example, a large diameter condenser REJ may develop nonparallel flanges and a lateral offset in excess of 2 inches over the course of its useful life. While the condenser and piping system as a whole have many years of use left, the problem becomes how to bridge this offset with a replacement REJ.

When replacing a valve and REJ, it is often cost-prohibitive to realign the piping or equipment. It is also unrealistic to order a replacement valve with varying overall lengths and built-in lateral offsets. It is relatively inexpensive for a qualified REJ manufacturer to incorporate these field dimensions into a performance replacement.

In a not-so-unusual case, the installation crew spent a great deal of time and effort forcing a nonperformance REJ into an offset and misaligned location. After an exhaustive installation process, the nonperformance replacement REJ had a substantially reduced life because of permanent stresses imposed on it. In some cases, the actual field dimensions exceed the allowable movement capabilities of the joint, resulting in rapid aging.

Building an REJ to exact field dimensions ensures that the full allowable movement capability and useful life are maintained while also minimizing installation and maintenance costs. Performance replacement REJs also offer ease of installation and greater installation tolerances because of their improved flexibility, and they provide zero leakage because of optimal body thickness and improved flange design.

Through traditional preventive maintenance techniques such as dimensional verification and visual and physical inspections, end users and technicians can predict failures before they pose a serious threat to the plant.

Dimensional verification is critical for understanding current stresses in the joint and ordering an optimal replacement part. The lower the stress the REJ is under, the longer its useful life will be. As mentioned above, ordering a joint to the field dimensions will ensure longer useful life of the part and lower stresses on the piping and equipment. Visual and physical inspections are critical to reveal the effects of aging and joint degradation. For example, aging rubber will be hard and brittle to the touch, often showing cover cracking. Blisters indicate the tube has been compromised and fluid is wicking through the fabric reinforcement layers. In some dramatic cases, ballooning is observable; this would indicate that a significant number of the fabric reinforcement plies have been compromised, and failure is imminent.

Performance replacement REJs and traditional inspection methods are the primary benefits of a plant reliability and efficiency program offered by a qualified REJ manufacturer. Such a program provides direct training and support and is MRO-focused. Additionally, it can avoid catastrophic system failures, reduce U.S. Environmental Protection Agency liabilities and negative news cycles, and increase overall plant safety factors. Industry best practices have shown the importance of on-site training and inspection services, technical resources, and a transparent relationship with the REJ manufacturer.

Despite the relative success of traditional inspection methods and industry best practices, there remains significant ambiguity in judging internal degradation without performing destructive testing. The Electric Power Research Institute (EPRI) had been tasked by the nuclear industry to improve the management of REJs, so the organization formed a rubber expansion joint Technical Advisory Group consisting of utility sponsors, EPRI representatives, academic researchers and representatives from REJ manufacturers and/or inspection vendors. The group's main intent was to better manage REJ components and prevent REJ failures. The resulting technical report, Microwave and Millimeter Wave Evaluation of Rubber Expansion Joints
, applied well-studied and readily available technologies in a breakthrough nondestructive evaluation (NDE) methodology for REJs. The technical report explored in detail mm-microwave SAR techniques, which better visualize the internal degradation of REJs. Previous NDE methods for internal inspection had proven unsuccessful because ultrasound attenuates too easily and radiography requires access to both sides of the REJ.

In the field, this SAR technology is applied using a dual detector probe that is moved circumferentially along the part, creating a line scan measuring voltage changes. Any internal defects will result in a change in voltage and are plotted on the line scan. Any significant changes in voltage that cannot be reconciled because of surface geometry are noted for further evaluation. The report concluded that the technology "shows significant promise" as a safe, inexpensive and reliable way to visualize internal REJ degradation that was previously unobtainable.

FMEA programs are well-documented and recognized as effective reliability tools. They quantify process failure risks by considering their causes, effects and failure modes. Additionally, they provide a risk-priority number based on severity of failure, likelihood of occurrence and ability to detect. A qualified REJ manufacturer can recommend corrective actions and timelines to significantly reduce the identified system risks and corresponding risk-priority numbers. The manufacturer also should have a comprehensive failure assessment table for the design, installation, operation and retrofit phases of REJ applications. Example REJ failure modes include cracking, delamination, blisters, ballooning and leaking flanges.

An REJ experiencing body blisters as a result of a compromised tube, for example, would have a high risk-priority number based on the difficulty to detect, severity of the failure and the relatively high likelihood of failure occurrence. Corrective actions can be taken at the next scheduled outage and should include using a performance replacement REJ. This will minimize the risk-priority numbers associated with the severity of failure and the likelihood of occurrence. Implementing traditional and advanced inspection methods also will reduce the risk-priority number associated with the ability to detect the failure mode.

REJ programs can maximize plant reliability and efficiency, and allow the industry to confidently transition to condition-based maintenance with a predictable replacement cycle.