The overwhelming majority—more than 95 percent to be exact—of workers who filled out a survey conducted by Pumps & Systems said they felt safe in their workplace.

This portion of the survey focused on personal protection equipment (PPE) and general safety. 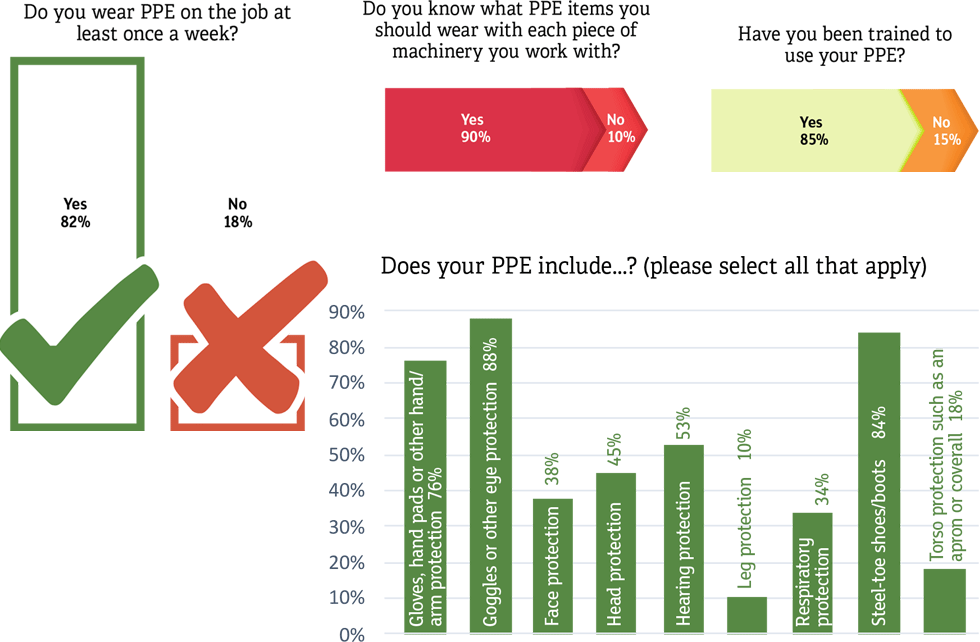 When asked if you could request a safety training class, arc flash training was one popular answer. Others included flammable handling, annual training and training for new staff, basic training, chemical training and how to change behavior.

Comfortable hard-toe shoes and shoes for winter were common answers when asked “if you could request one item of safety gear what would it be.” Others included good safety glasses, a respirator, high-visibility clothing and process hazard analysis software.

As it relates to health, some survey respondents suggested having the entire workforce wear masks. That has become more common since the world had to make adjustments as the spread of the coronavirus has occurred. Other suggestions included additional cleansing/disinfecting, social distance awareness, shields between close workstations, hand-sanitizing stations at multiple locations, temperature checks, work-at-home “self quarantine” using VPN and more teleconferences.

Eighty-five percent of respondents said they have been trained to use their PPE, but when changes are made involving equipment, that number dropped to 72 percent when asked if they received new training. Thirteen percent said no, and 15 percent were not sure.

According to the U.S. Occupational Safety and Health Administration (OSHA), in 2018 there were 2.8 million nonfatal workplace injuries and illnesses reported by private industry employers in the United States. Within U.S. private industry, there were 900,380 injuries or illnesses that caused a worker to miss at least one day of work in 2018. A total of 333,830 cases resulted in a visit to a medical facility such as an emergency room or in-patient hospital. 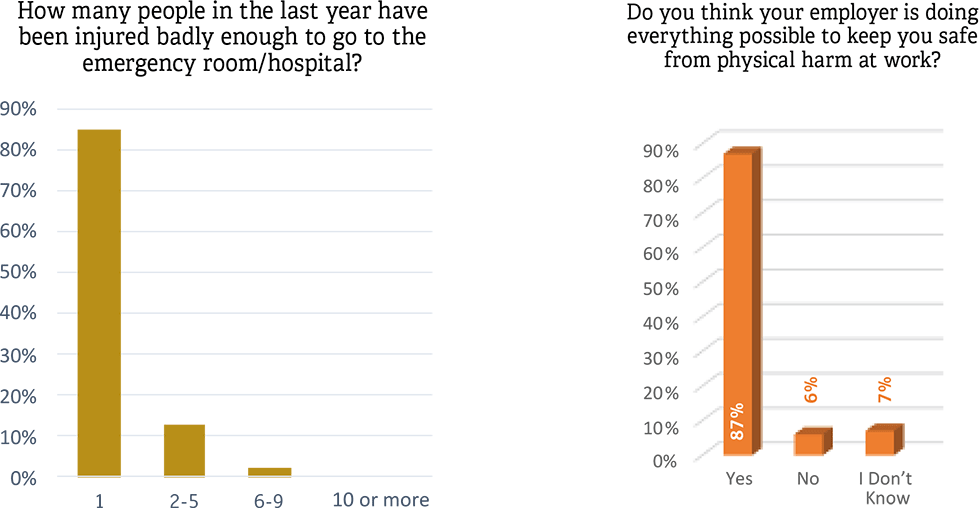 Read what our readers had to say about salaries and training here.

Read what our readers had to say about changes due to COVID-19 here.