The 4th Annual Pumps & Systems Workforce Survey was taken in the midst of a global health crisis with growing economic concerns impacting just about every country on Earth. It is an understatement to say that the environment for the 2020 survey was different from the surveys in 2017 to 2019.

There is heavy representation from engineers, maintenance and operations professionals, from industries including chemical processing, oil and gas, water treatment, wastewater, mining, HVAC and engineering consulting. There are also a number of OEMs and distributor representatives who participated in the survey. So, there were few surprises in the first section. Then came part two—where salaries, retirement and training were included.

Slightly more people are known to be retiring this year than this time last year. About 63 percent of respondents said their employers are not filling those jobs or they do not know if the jobs will be filled. There was a whopping 19 percent difference in the results compared to 2019. Last year, that number of “no” and “I don’t know” answers was 44 percent, indicating a growing uncertainty in the marketplace. 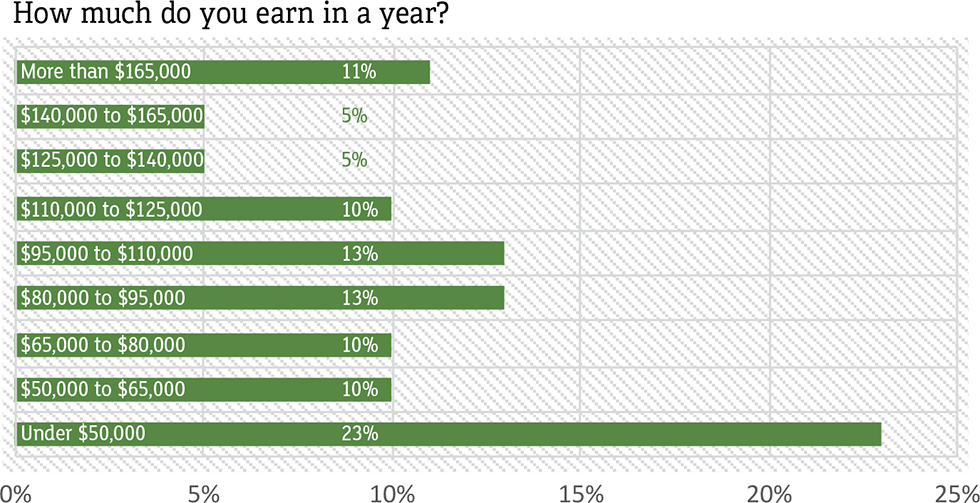 With the existing skills gap, the difficulty in finding qualified employees, and now the added complication of a pandemic, workers will be expected to do more, and with less. This will stretch already strained resources and people, along with the added stress employees feel from the threat of the virus and political unrest in the country.

However, because many of our readers work in jobs that are considered essential, their employment should be secure. With more than 40 million unemployment claims filed in the U.S. alone in 2020 (at press time), job security is a relief to many families during this time.

Of Pumps & Systems readers who assist in or handle hiring for their employer, 60 percent said it is difficult to recruit qualified employees. A mere 5 percent said they found recruiting to be “easy.”

In one of the open-ended questions, “What is your company doing to retain institutional knowledge as employees retire,” the overwhelming write-in response was “nothing.”

There are employers, though, who are working to prepare for the future. Some of the actions they are taking include:

When it comes to training, compared to last year, the number of companies paying for employees to attend in-person classes fell by 14 percent. This is probably not a surprise to many given the changes in the economy since last year. Interestingly, in-house training declined by 5 percent.

The skills gap will continue as more and more experienced employees retire. 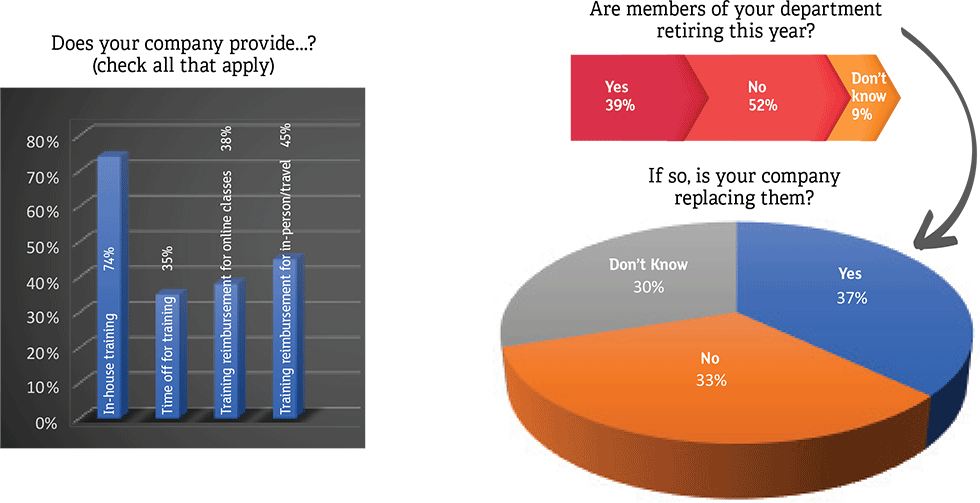 Meanwhile, a full 50 percent of companies do not offer any type of internship or apprenticeship program.

Where many statistics are steady, wages seem to be shifting. 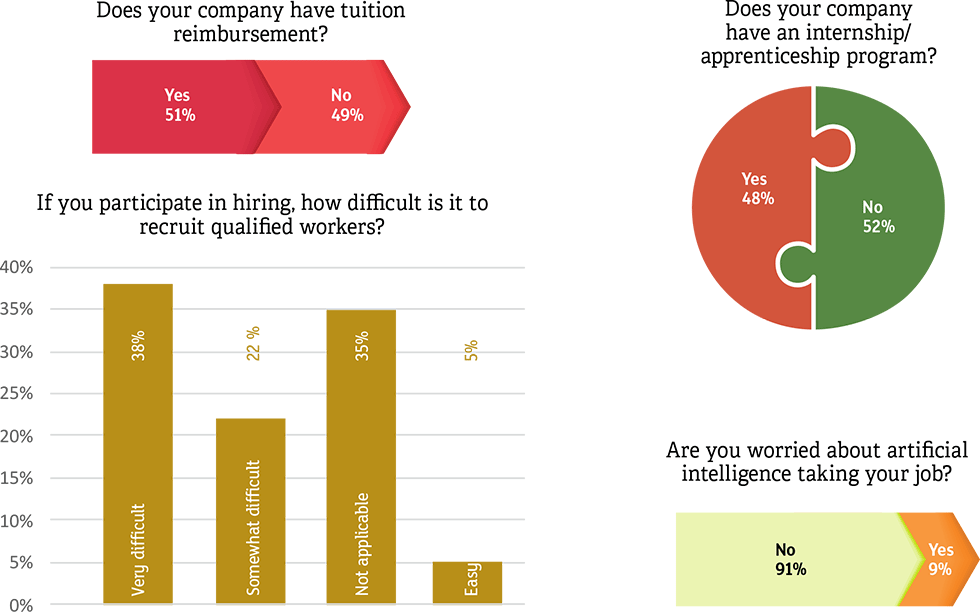 There is some good news for those who want to go back to college to earn a degree. Last year, 44 percent of respondents said their company has a tuition reimbursement program. This year, that number rose to 51 percent—a 7 percent increase.

Read what our readers had to say about safety here.

Read what our readers had to say about changes due to COVID-19 here.

Alecia Archibald is editor in chief of Pumps & Systems magazine. She may be reached at aarchibald@cahabamedia.com.