Navigating the terrain was another consideration. The landscape ranges from undulating plains to low hills, largely sitting upon sandy foundations.

Perhaps the biggest drawback of a gravity project was price: approximately $416 million compared with $297.5 million for an intelligent LPS, significantly lower in capital outlays than the competing options.

South East Water concluded that the low-pressure system was the best option based on value, whole-of-life worth, quality of equipment and the track record of South East Water’s 15-year history of designing and operating pressure sewers.

Besides cost, South East Water considered other benefits of a low-pressure system: 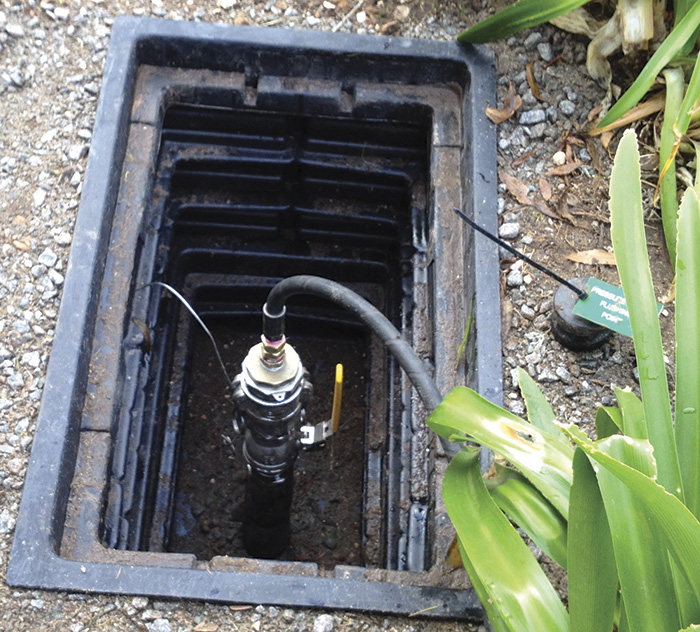 Grinder pump stations—about the size of a washing machine—also could be retrofitted easily in established residential areas, often in the same hole previously occupied by a decommissioned septic tank.

The Mornington Peninsula project broke ground in late 2013 with sewer main installation, mainly along roads or in nature strips. Using horizontal directional drilling (HDD) for low-invasive community and environmental impact, the plan simultaneously progresses to the burying of sewer reticulation pipe in an accelerated timeframe.

The utility chose HDD because of the project’s scale and because it is well-suited to the peninsula’s soil conditions. The technique also delivers a low environmental impact on the boot-shaped promontory—home to nearly a dozen national and state parks and wildlife preserves—and causes minimal disruption to its beach towns’ residential neighborhoods and urban commercial areas, golf courses, riding schools, fishing and boating facilities, and campgrounds.

The use of low-pressure sewers instead of traditional gravity mains, HDD and in-house developed technology (OneBox) has cut 12 months off construction time and saved $100 million of projected costs.

“This project really is first of its kind in terms of design, construction and technology,” Thompson says. “The capital investment savings made possible by utilizing pioneering technology to allow for downsizing of reticulation networks and transfer mains are significant.” 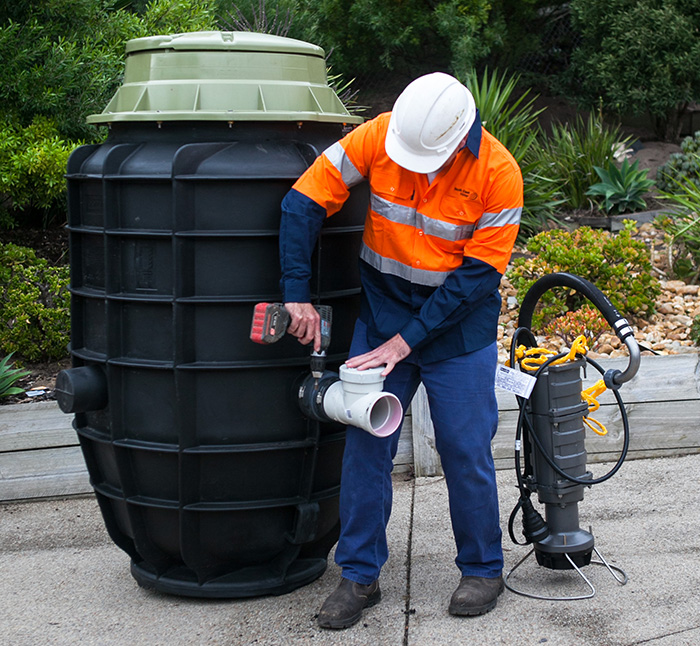 Image 2. A contractor attaches the inlet fitting to the tank prior to in-ground installation.

A pilot project is under way to capture rainwater for recycling, which will be beneficial in times of drought. Using a OneBox network to manipulate this storage will provide a flood prevention mechanism.

Full acceptance of the concept by workers and other water utilities, however, is not yet universal.

“As with any change in technology, there will be some who want to wait to see it in full operation before they have comfort,” Thompson says. “The benefit in this case is that South East Water is both the developer and user of the product. The test bed South East Water has created allows us to demonstrate that the system works. Our focus has been to reduce the operational aspects of managing low-pressure sewer units which you can do remotely. Sixty percent of South East Water’s call-outs were out of hours. These can now be addressed during normal business hours, which saves on overtime on the weekend.” 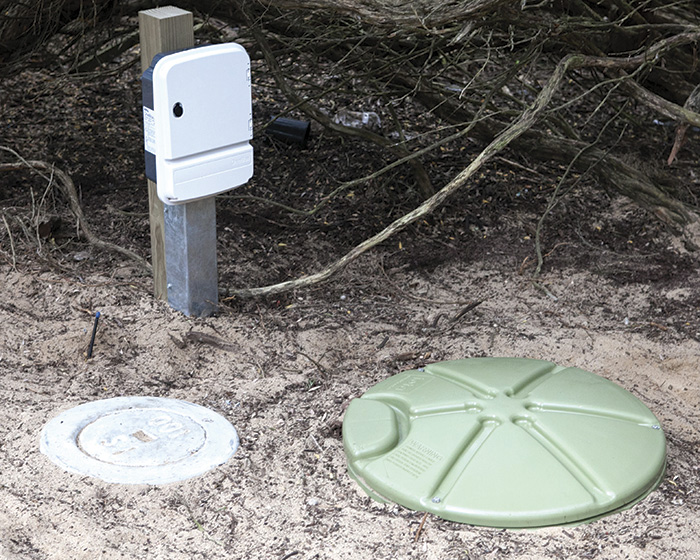 Sewer connections on Mornington Peninsula are projected to last until the year 2030. South East Water created Peninsula ECO (Early Connection Option), allowing property owners to pay to connect to the system up to 16 years ahead of schedule.

According to the utility, the benefits of the ECO program are increased property values, the elimination of existing septic tank maintenance costs, and eliminating odors and dampness associated with failing systems.

Economic development is expected to continue as early connections are implemented and beyond the finalization of the project. In 2009, growth was stymied in one commercial area alone where the Mornington Wastewater Management Plan reports that “more than 50 percent of these (septic) systems were either discharging wastewater off-site or failing with wastewater ponding at the ground surface.”

“The lack of sewerage to this area continues to severely restrict the business and tourism activities on existing commercial sites,” the plan stated.

Less than 10 percent of the installs are expected to be completed by the time holiday revelers return to the beach this Christmas. South East Water and E/One currently are connecting about 80 pumps and OneBox units per month, a job which ebbs and flows and is suspended during the high season.

E/One’s president, Eric LaCoppola, anticipates a bright future for Mornington Peninsula’s environmental quality of life. “The larger-scale multi-thousand unit installations enabled by OneBox technology signal a new era of market adoption for a technique once relegated as ‘alternative’ and now considered ‘most appropriate.’”

Read part one of this series here.

South East Water is a state-owned corporation providing water, sewerage and recycled water services to more than 1.65 million people in the southeast of Melbourne, Australia. Joseph Harmes has documented the evolution and acceptance curve of grinder pumps and low-pressure sewer systems for two decades. He’s profiled overseas installations in Baja California, Mexico and Turawa, Poland, as well as the Western Hemisphere’s biggest LPS installation of more than 5,000 grinder pumps in Indiana.